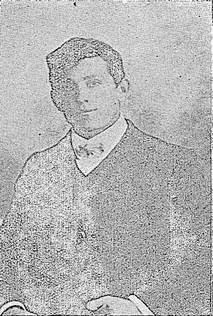 Newspaper Image from the Free Lance of 7th November 1918 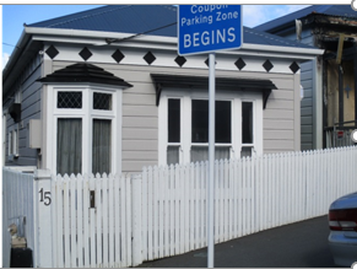 15 Nairn Street today, at the interection with Brooklyn Road, at the top of Willis Street.
SYDNEY/SIDNEY SMITH

Little is known for certain about the parents of Sidney/Sydney Smith apart from the information provided by Sydney when he enlisted to serve with the New Zealand Expeditionary Force, and some details on his mother’s death certificate. His father was George Smith, born in Leghorn (a port city on the west coast of Tuscany, Italy) who had died by the time of his son’s enlistment in the NZEF. His mother, Emily (née Matthews), was born in Penzance, England, in 1857. Both parents had lived in New Zealand for many years. Going by information Sydney provided to the recruiting officer, his father had lived here for 25 years. Emily’s death certificate records that she had been in the country for 54 years at the time of her death in 1927, meaning that she arrived in 1873 when she was 16. She and George married in Christchurch in 1881 when she was 24.

Sydney was born in Christchurch and it seems that George and Emily would have lived there until perhaps the early 1890s when, judging by school records, they began living in Wellington. While Sydney was attending Mount Cook Boys’ School (from 1893 to 1899) his home was in Taranaki Street. This lines up with Emily’s electoral roll address for the period. Tracking George has been more challenging. There was more than one George Smith registered on Wellington’s electoral rolls towards the end of the nineteenth century. In 1896, the electoral roll included five Wellington residents with that name. There was, however, no George Smith residing at the same address as Emily. George had died by the time Sydney enlisted in 1917, and his mother’s status on the electoral rolls changed to “Widow” on the 1914 roll, so presumably George died sometime between 1911 and 1914.

In 1914, Sydney was working as a driver and living with his mother in a small cottage at 15 Nairn Street.  Also residing at 15 Nairn Street were Frederick Smith (labourer) and Albert Edward Smith (painter).  By the time he enlisted on 10 May 1917, his 31st birthday, Sydney was employed as a driver by N Z Automatic Bakeries Ltd. The firm, established in 1915, operated from a multi-storey building in Taranaki Street, and delivered the finished product direct to its customers, by motor vans for hotels and hospitals and by horse and cart for house-to-house deliveries[1]. At the time of his attestation, he gave his address as 15 Nairn Street.

Sydney’s attestation record includes the usual details about physical characteristics. He had a dark complexion, dark curly hair, and blue eyes. He was five feet seven inches tall and weighed 142 pounds or just under 65 kilograms. He was assessed to be fit to join the NZEF.

On 26 July 1917, the 28th Reinforcements of the NZEF and of the NZ Rifle Brigade, plus the 20th Reinforcements of the Maori Contingent left New Zealand in the troopship Ulimaroa, bound for Plymouth. During the trip, Sydney got perhaps his first taste of army discipline, losing seven days’ pay after he had refused to obey the order to lay out the contents of his kit for inspection. That incident aside, the trip to Plymouth was otherwise straightforward. They arrived on 24 September and wasted no time in marching into camp at Sling. The new members of the Rifle Brigade, including Sydney, then moved on to Brockton Camp in Staffordshire, site of the Brigade’s own camp, and detailed training got under way over the following ten weeks. On 7 December 1917, with the rank of Rifleman, Sydney and the other members of his contingent left for France. More training following at Etaples, until on 28 December he marched out to join the 3rd Battalion, New Zealand Rifle Brigade and was posted to ‘A’ Company in the field.

On 24 March 1918, Sydney completed a simple will in which he left all his estate to his mother Emily.

Perhaps one of the most significant attacks involving Sydney was the series of engagements over the twelve days from 21 August to 1 September, known as the Battle of Bapaume. The battle opened in thick fog at 4.55am on the 21st with the 3rd Battalion playing a full part. The Official History records that its ‘”A” Company had had a particularly strenuous time,’ losing all but one of its officers during that day, but ‘the non-commissioned officers … rose splendidly to the occasion, promptly assumed leadership, and … carried on the operation to a successful issue.’[2] That success included capturing 66 prisoners and ten machine guns. The attack apparently took the Germans by surprise. The New Zealand troops carried on, with the Rifle Brigade taking part in the stiff fighting that led to the capture of the village of Bapaume on 30 August. The advance continued. In early September, they were assigned to a preliminary attack for the 9th, in part to assess the strength of the German forces. The attack on 9 September opened at 4am, and it quickly became clear that the Germans had replaced their tired troops with fresh soldiers determined to keep hold of the Trescault Spur that the Allied forces were planning to take. The soldiers of the 3rd Battalion faced fierce machine-gun fire as they slowly worked their way forward, only to be turned back by a vigorous counter-attack. Machine-gun fire continued throughout the morning, coupled with artillery bombardment and some aeroplane bombing as well. Some ground was lost but then regained as the fighting continued into the night. During that day, the 3rd Battalion took more than 100 prisoners, and some of the prisoners told them that the attack of the 9th had been expected thanks to aerial surveillance. The cost had been high: over the period 1 to 12 September, there were 128 killed and 477 wounded[3].

One of those killed in the action on 9 September was Rifleman Sydney Smith. He was buried near to the scene of that action, in the Gouzeaucourt New British Cemetery in Belgium. Charles Huntly ROSE was buried in the same cemetery four days later, and there are 58 other men from the NZ Rifle Brigade and two from the NZ Machine Gun Battalion also buried in Gouzeaucourt New British Cemetery.

Sydney’s war medals were eventually issued to his mother. The Evening Post published three notices in memory of Sydney (now with the spelling ‘Sidney’) on 9 September 1919, one from his mother and brothers, one from a K Wicks, and one from ‘his loving brother Alex and sister-in-law, Ada’. One year later, Emily inserted a similar notice for herself and his brothers, this time reverting to the spelling Sydney; and there was a second one remembering ‘our dear Uncle Sid’ from a nephew and four nieces, the children of Sydney’s brother George who died in 1961.

Researched and written by Max Kerr 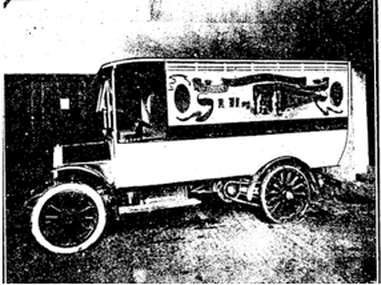