John and Elizabeth ROSE emigrated to New Zealand from Huntly, Aberdeenshire, Scotland sometime in the mid-1880s, bringing with them their children John Innes born 1880, George Gauld born 1881 and Alice Nicol born 1885. John was a compositor and the family took up residence in Washington Avenue, Brooklyn. Two more daughters were born – Bessie in 1886, and Florence in 1888, as well as two more sons, Charles Huntly on 12 June 1890 and finally Douglas in 1896.

Charles first attended Vogeltown School from 16 September 1895 and then when Vogeltown School closed he transferred to Brooklyn School until 1 July 1903, passing the Fourth Educational Standard. When he left school he worked as a cabinetmaker and was employed by E. Collie Ltd. “art furniture manufacturer” of 41 Riddiford Street of Wellington. 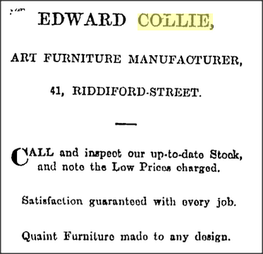 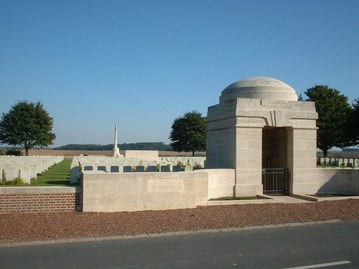 Gouzeaucourt New British Cemetery
Charles tried to enlist on 20 October 1915 but on medical examination he was found to be temporarily unfit due to his eyesight. Shortly afterwards, on 11 November 1915, Charles married Christina Pearl (also known as Pearle Christina) THOMAS at St John’s Presbyterian Church, Willis Street. Ten months later their son, Donald Huntly was born, on 16 September 1916. Interestingly his birth registration does not show on the NZ Birth Deaths and Marriages online database, but the date of 16 September 1916 is recorded in Charles’s attestation papers. The family seem to have been living with Charles’s parents in Washington Avenue at the time.

Just over 3 weeks after his son was born Charles was finally successful in another attempt to enlist at Wellington, on 10 October 1916, and this time he was passed as fit by Dr A.M. Tolhurst. He stated that he had previously been attached to D. Battery, but had left of his own accord. He stated that he was born on 12th June 1889 (it was actually 1890), making his ‘apparent age’ 26 years 4 months; he was 5’8½” tall, 145 pounds in weight, with dark complexion, brown eyes and hair and his religion was Anglican.

Charles was given the regimental number 39899 and was attached to the 1st Battalion Wellington Regiment. He received army training at Trentham, during which time he forfeited 1 day’s pay for overstaying leave on 26 November 1916. He was at Trentham until leaving with the 23rd Reinforcements aboard the “Ruapehu” on 14 March 1917 as part of HMNZT 79 from Wellington to Devonport, England. Unfortunately, he contracted German measles on board the ship and on arrival at Devonport on 15 May 1917 was admitted to the military hospital. On leaving hospital on 2 June he was attached to strength at Codford before going to Sling camp in Wiltshire for training with the New Zealand Infantry Reserve Group until 13 August 1917.

On 16 October 1917 Charles was attached to the New Zealand Infantry Battalion and left for France, arriving on 19 October 1917. There he was in the field with 11th Company then detached to 1st Canada Company, before being admitted to hospital “sick” on 16 March 1918. He remained in hospital until 29 March 1918 when he returned to the battalion. After two months he was again in hospital, this time having been gassed on 1 May 1918. By the 3rd May he was sent to Boulogne and discharged to 12 Company Depot where he remained until 20 May 1918. Charles was then attached to New Zealand G Battalion but declared unfit in July 1918 and attached to the Reserves on 15 July 1918. On 8 August 1918 Charles again rejoined the Battalion and was posted to 7th Company. The nature of the various ailments from which he suffered have not been recorded though the effects of being gassed were often complex and long-lasting, so his general health may have been compromised.

From August 1918 he probably fought through the early stages of the Hundred Days Offensive which was the last major offensive of the Western Front. The New Zealand Division's initial involvement in the offensive was significant in what is now known as the Second Battle of Bapaume. On 29 August, Bapaume was captured by the New Zealanders and the New Zealand Division continued to advance onto the outer defences of the Hindenburg Line, including Trescault Spur, which overlooked the German positions. In conjunction with 37th Division and elements of the 38th Division, the New Zealanders attacked the spur on 12 September. On 13 September 1918 Charles was killed in action in the field near Havrincourt Wood in France. The next day, 14 September 1918, he was buried by Rev. C.K. Jones in Gouzeaucourt New British Cemetery (Plot 5 Row F Grave 2 number 668). This cemetery is 15 kilometres south west of Cambrai and 15 kilometres south east of Peronne in northern France

The cemetery was begun in November 1917, taken over by the Germans in 1918, and used again by Commonwealth forces in September and October 1918, but the original burials (now in Plot III) are only 55 in number. It was enlarged after the Armistice when graves were brought in from other cemeteries and from the battlefield of Cambrai.

The cemetery now contains 1,295 burials and commemorations of the First World War. 381 of the burials are unidentified but there are special memorials to 34 casualties known or believed to be buried among them. Another special memorial records the name of a soldier buried in Gouzeaucourt Communal Cemetery in May 1917 whose grave was destroyed by shell fire. The cemetery was designed by Sir Herbert Baker.

Charles Huntly Rose was entitled to the British War Medal and the Victory Medal, these medals going to his widow who was living in Island Bay in 1921.She had apparently returned to Wellington after Charles died, having been living with her family in Woodville after his departure for overseas service. His Will dated 13 July 1918 left his entire estate to his wife Pearl Rose.

Charles’ brother Douglas, who served in and survived the War, is also commemorated on the Brooklyn memorial. 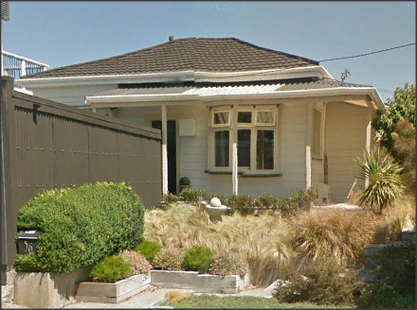 Evening Post, 12 October 1918, page 1. "Mr and Mrs J. Rose and Family, No.56 Washington Avenue, Brooklyn, desire to sincerely Thank those friends for the many kind and touching letters, telegrams etc., received expressive of sympathy with them in the death of their dear son and brother, Charles Huntly Rose, killed in action somewhere in France on the 13th September, 1918. Mrs C.H. Rose also wishes to express thanks for same.

Charles’s older sister Alice never married, and died aged 44 in June 1929 and was buried in Karori Cemetery. Their father John died three months later, on 7 October 1929, and he was buried with his daughter. The oldest son, John Innes, who had also been a cabinetmaker, died in 1938 and was buried in the same plot, and their mother, Elizabeth who lived to the grand age of 86 years was also interred in the plot in 1945. 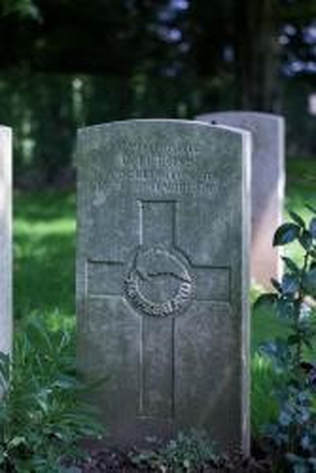