Charles GRINDROD was one of seven children born to William and Lydia Grindrod (nee FORD) who were married in Christchurch in 1890.  He was born on 4th September 1895 at Christchurch and like many young lads signing up for military service in WW1 he altered his age making himself a year older than the official records show.  His siblings were Nellie born 1892, James Nathaniel in 1893, Winifred in 1896, Vera in 1903, Alice in 1906, and Annie in 1910.

William's occupation was a pipe maker, and by 1899 the family had moved to live in Wellington. On the 1900 Electoral Roll the family was living in Hopper Street and by 1905 they were living at 44 Owen Street, Newtown. Charles attended Mount Cook Infants School then Mount Cook Boys School.  According to the 1914 Electoral Roll for Wellington the family had once again moved, this time to 18 Dorking Road, Brooklyn with the children going to both Vogeltown School and to Brooklyn School.

On leaving school Charles was awarded an apprenticeship with the Government Printing Works in Thorndon, close to the Wellington Railway Station. An obituary in the Evening Post on 12th August 1918 noted that he had only 2 months left of his 6-year apprenticeship to serve when he left to join the New Zealand Defence Forces.   Charles was a keen sportsman especially favouring rugby and in 1910 he was playing for Wellington South, and in 1916 the Berhampore Football Club had the use of his skills.

Charles decided to enlist on 7th February 1916.  His Attestation Papers tell us he was single, aged 21, with the occupation of a Civil Servant and the N. Z. Government was his employer.    He had passed the Fourth Educational Standard, and he stated that he had belonged to the 5th Wellington Regiment but was discharged due to an infirmity.  He also noted that he was rejected for military or naval training on the grounds of his lack of height. On his Medical Records he was 5 foot 3 inches tall, weighed 116 lbs, with a chest measurement of 31 inches expanding to 35 inches, he had a pale complexion, blue eyes and fair hair.  His eyesight and hearing were good, he had well-formed limbs, normal heart and lungs, and required a plate for his teeth.   He was free from hernia, varicose veins, haemorrhoids, had no skin diseases, had been vaccinated and he was free of any other “slight defects”.  As he was getting a plate for his teeth the doctor passed him fit for service.

Charles’s religious belief was that of the Baptist Church, his next of kin was his mother, Mrs. Lydia Grindrod and his last known address in New Zealand was 18 Dorking Street, Brooklyn, Wellington.

With Charles being declared fit for active service, on the 8th of February 1916 he was posted as a Private to Featherston Camp for training and attached to B. Squadron, 13th Reinforcements, Wellington Mounted Rifles.  Two months later on the 4th April 1916 he was transferred to the Cyclist Company.

"The New Zealand Cyclist Corps, which served at various times as the II Anzac Corps Cyclist Battalion, XXII Corps Cyclist Battalion and New Zealand Cyclist Battalion, was added to the New Zealand Division in April 1916. Starting as a single company, it was formed in New Zealand from men training to be mounted riflemen. The unit arrived on the Western Front in July 1916, when it was split into two companies and was attached to II Anzac Corps. For most of the war it did not fight with the rest of the New Zealand Division but as a separate unit attached to other corps within the British Army. Cyclist battalions performed a similar function to mounted riflemen, conducting scouting and reconnaissance work. Like mounted riflemen they were of little value in trench warfare conditions, so spent much of the war on navvying work. They were particularly involved with burying telegraph cables, and at times served in the trenches as infantrymen.

The New Zealand cyclist companies served exclusively on the Western Front, participating in the Messines and Passchendaele offensives in 1917 and the Spring Offensive and Advance to Victory in 1918."
https://nzhistory.govt.nz/war/specialist-units/cyclist-battalion 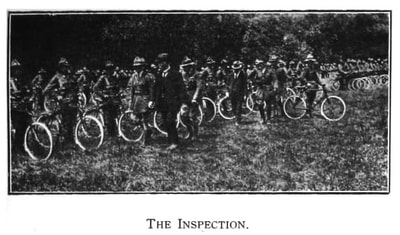 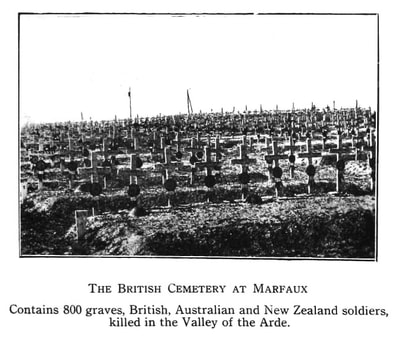 With further training behind him Charles embarked on the 6th May 1916 on the N.Z.T #52 “Mokoia” bound for Egypt. After a trip of three weeks he disembarked at Suez on 22 June 1916 for more training before he leaving Alexandria on 10 July 1916 with the 22nd Cyclist battalion, New Zealand Expeditionary Force, bound for Marseilles, France.   Charles took sick on 8th December 1916 with tonsillitis and was admitted to the Field Ambulance in the field.  A week later on the 16th December 1916 he was discharged back to his Unit fit for further duties.

On the 4th May 1917 Charles was attached to the No.2 ANZAC Signals School for training until the 2nd June 1918 when he rejoined his Unit.

On the 11th August 1917 there was a highlight in the offing for Charles – he was given two weeks leave in England, returning to France and his Unit on the 25th August 1917.   Two months later, on the 29th October 1917, he blotted his copy book, failing to obey an N.C.O. by being absent from Tattoo Roll Call, and was given 1 day Field Punishment.  Five months later once again leave beckoned, and Charles departed on the 9th March 1918 for two weeks rest and recreation in England, returning to France on the 23rd March 1918. After that promotion came Charles' way and he was made up to Lance Corporal on 4th May 1918.  But unfortunately, he had only two more months to live, as he was killed in action on 27 July 1918 when the Battalion were successful in capturing the village of Marfaux, a small village on the right bank of the River Ardre 18 kilometres south of the French city of Reims.  20 men of the Battalion were killed or later died of wounds that day, and Charles was one of seven of them buried at nearby Marfaux British Cemetery. He was only 23 years of age. 10  casualties of the New Zealand Cyclist Battalion who fell in July 1918 and who have no known grave are commemorated on the New Zealand Memorial within the cemetery.

His name is remembered and engraved on the Brooklyn War Memorial, Sugar Loaf Reserve, Wellington.

For his services Charles was awarded the British War Medal on the 17th October 1921 and the Victory Medal on 25th August 1922.  He was also awarded the Scroll on the 7th June 1921 and the Plaque on the 28th Nov 1921.  All of these were sent to his mother Mrs. Lydia Grindrod at 18 Dorking Road, Brooklyn, Wellington.

“Lance -Corporal Charles Grindrod (killed in action on 23rd July) was the youngest son of Mr and Mrs Grindrod, of Dorking Road, Brooklyn.  He was educated at various city schools, including Mount Cook and Brooklyn.  On leaving school he went to the Government Printing Office, and was indentured as a machinist.  He was within two months of being out of his apprenticeship when he left for camp to join the 13th Reinforcements.  Subsequently he was transferred to the 12th Reinforcements, with which he left for Egypt, afterwards going to France.  He was well known in football circles.  His elder, and only brother who left with the 7th Reinforcements (Artillery), is still in France”

There is another Obituary in the Wellington paper Free Lance dated 19 September 1918 which describes Charles as “a popular young fellow, possessed of a bright and cheerful disposition.”

Charles was remembered by his family with In Memoriam notices in the Evening Post on the 23rd July 1923 and 23rd July 1924.

Charles' brother James survived WW1 and returned to New Zealand, later to marry Rose SEGUIN in 1921.  His father, William, committed suicide in August 1921 and was buried in the Public section of Karori Cemetery in the family plot with his daughter Winifred who died aged 14 in 1911, and his parents Nathaniel and Alice. His occupation on the cemetery database is “pipe moulder”. Lydia Grindrod died in Christchurch on 5th November 1954, aged 88, and is buried at Bromley Cemetery, Christchurch.

Researched and written by Vivienne McIsaac. 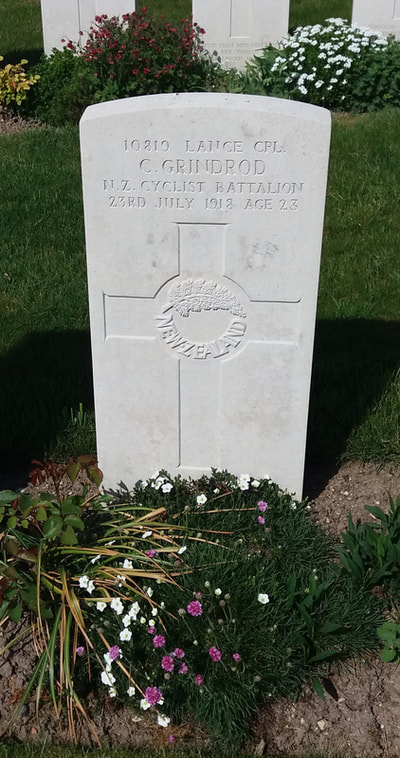 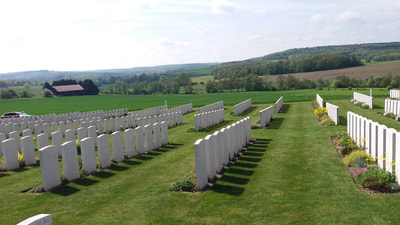 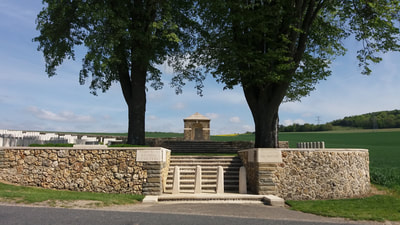 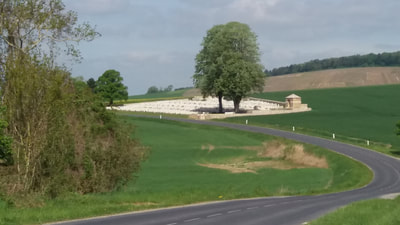 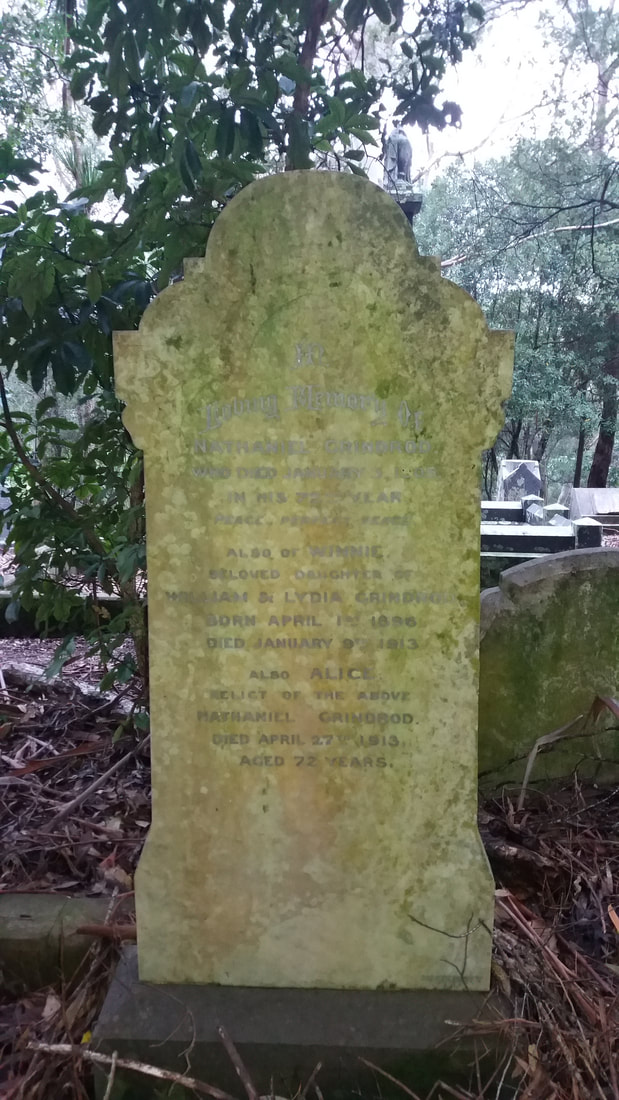