William MOUTON was born in 1893, the third child of Dan Mouton and his wife Mary Ann, née FAKE. Both parents had been born in England and migrated to New Zealand, with their parents in each case, in the 1880s. They met, and married in 1888. Born in 1868 Mary Ann, usually known as Polly, was slightly under age and needed her father’s consent.

In the 1890s, the couple were living in Thorndon. Polly’s address on the 1893 and 1896 electoral rolls was Cottleville Terrace. By 1896 Dan was living elsewhere in Thorndon, in Saunders Lane, (today’s Little George Street), and was working as a storeman. Further evidence that the couple were living apart came in the middle of 1896. The New South Wales Police Gazette dated 26 August of that year published a notice that a warrant had been issued in Wellington for Dan’s arrest on a charge of wife desertion. This notice did not bring him to light. Indeed, he seems to have started a new family in Australia and to have begun living in Perth, WA, and he remained there until he died in 1952.

By the time of Dan’s departure around 1896, Polly and he had four sons: as well as William, there was Daniel (born in 1890), George (1892), and Henry (1895). The children’s school records reveal that Polly moved across town, living in Martin Street, Te Aro, and then in Drummond Street, Newtown, and the boys attended the Mount Cook Boys’ School.

Over the next few years Polly bore two more children, a son Edward John (born in 1897) and a daughter Winifred (1901). It is unknown who their father was. She also moved again and began living in Holloway Road, Mount Pleasant, in the Aro Valley. It seems that the children then transferred to the nearby Mitchelltown School.

It is likely that the boys would have left school as soon as they reached the leaving age to find work and help with the family’s finances. In William’s case, he found work as a storeman.

William enlisted as a private in June 1916 as part of the 12th Reinforcements, 2nd Battalion, Otago Regiment. His Army record at the time of enlistment shows him to have been five feet six inches tall, and with a weight of 140 pounds (or 63.5 kilograms) he would have looked reasonably trim in appearance. The record describes him as having a fair complexion, blue eyes, and brown hair.

He was not the first of Polly’s sons to enlist. The youngest, Edward (known as Eddie) had joined up in August 1915 and served initially in Egypt before being transferred to France. In civilian life, he had been employed as a packer. Then their oldest brother Dan, previously working as a driver, enlisted in January 1917, and in April he too left for France. Both their names are also on one of the the plaques on the Aro Valley Memorial for those who served and survived, though Eddie's name is inscribed as F. Mouton.

By February 1917, William was in the field in France where his regiment was rebuilding after heavy losses on the Somme in September and October of the previous year. William would have joined in the training to prepare for what became the battle of Messines launched on 7 June. In general, Messines was seen by the Allied commanders as a success. More training and reorganisation followed. The next major objective was to help take the Ypres Salient, including the Passchendaele Ridge which the New Zealand forces attacked in appalling weather on 12 October. If Messines was seen as a success, Passchendaele could only be seen as a disaster. In one day, New Zealand losses amounted to 640 dead and 2,100 wounded.

William was not there. For much of the time he was away from New Zealand, he was hospitalised. On 8 September 1917, he reported sick and was sent to hospital. On 21 October, he was attached to the Infantry and Base Depot at Etaples to undertake convalescent work and he did not rejoin his battalion in the field until 11 November 1917. He would have been present to take part in the attack on Polderhoek on 3 December, but at the end of December he was hospitalised again and in January 1918, was transferred to England. Diagnosed with trench fever, a common and unpleasant infection transmitted by body lice, he was sent to the Southwark Military Hospital in Dulwich, then to the New Zealand Convalescent Hospital in Hornchurch, and in May 1918 to the New Zealand Convalescent Depot at Codford. While there, in July he was assessed by a Medical Board which classified him as unfit for general service for a further six months. During the following month, William signed a Will in which he left his estate to his mother back in Wellington. In that same month, August, he was transferred to the Red Cross Hospital in Torquay. Perhaps weakened by his inability to shake off the trench fever, he had acquired tubercular meningitis, and on 30 October 1918 he died. He had just turned 25. William was buried in the cemetery at Torquay, England. Within this public cemetery there is a Commonwealth War Graves Memorial area, and nearby are six headstones for NZ servicemen, including William, alongside their own memorial, on which their names and details are also inscribed.

William probably would not have known but two casualties among the Australian troops were his father, the older Dan Mouton who returned to Perth in 1918 after being wounded, and William’s half-brother, Wally, who was killed in action at the Battle of Pozières on 6 August 1916.

The Evening Post on 11 November 1918 reported:
Private William Mouton, son of Mrs M. Mouton, Mount Pleasant, Mitchelltown, whose death from meningitis occurred at Torquay, England, on 30th October, went away with the 18th Reinforcements, and saw heavy fighting in France until he was sent to hospital in France with trench fever five months ago. Deceased, who was 25 years of age, was educated at the Mitchelltown school. His two brothers (Eddie and Dan), who went away in the 8th and 20th Reinforcements respectively, have both been wounded, and are now back in France.

On 27 November 1918, the paper carried a notice that ‘Mrs Mouton and Family, Mount Pleasant, Mitchelltown, desire to Thank all kind friends for assistance and sympathy in their recent sad bereavement.’

One year later the paper’s In Memoriam column on 30 October 1919 included three notices remembering William. One was inserted by ‘his loving brother and sister-in-law, George and Elsie, and also little Dan and Mona’; a second by friends Ivy and George Dixon; and the third by Polly. That one read:

No one knows the silent heartache, only those can tell
Who have lost one of their dearest without saying a last farewell.
He died as he had lived – noble and brave, one of the brightest and best.

Inserted by his loving mother, sister and brothers. M. Mouton

Polly continued living in Mitchelltown for several years and then moved to a variety of addresses, generally close to the central city, finally residing in Devon Street. After some years of dementia, she died in the care of Porirua Hospital in 1954. 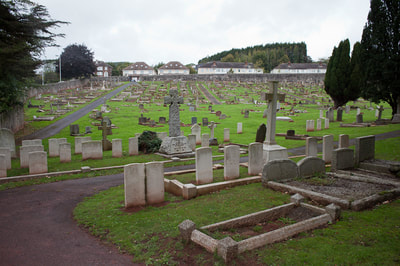 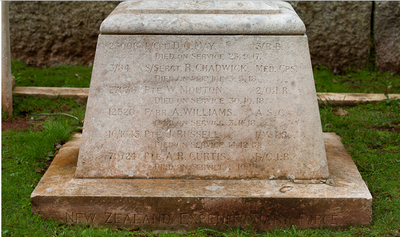 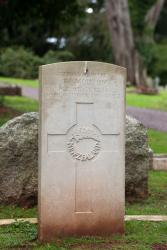