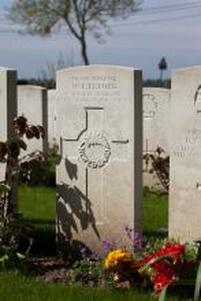 William ELFORD, known as Will, emigrated with some of his family from England to New Zealand in 1907 when he was 24.[1] The family had been sponsored by David Lloyd, a driver for Curtis and Co, a firm of carriers based in Tinakori Road. Lloyd identified himself to the immigration authorities as a cousin of the Elford’s, and one who could arrange work for his relatives when they arrived. This was enough to secure subsidised fares of £10 each, a good reduction on the normal fare of £19 per person for a place in a four-berth cabin in third class. Initially the application had been intended to cover Will’s father Charles Raymond Elford, a driver and manager of horses[2] who lived in Highgate, his mother Elizabeth (née HOLLINGTON), and two brothers and two sisters. In fact, this was a mistake: there were three brothers and one sister; but close to the time of sailing, James (Jim), Will’s younger brother and Ellen, his sister, decided not to proceed, so the party that travelled on ss Corinthic numbered four: the two parents, Will himself, and his older brother Charles Valentine.   According to the 1891 England Census Will was born in Shepherd's Bush, west London, and the address where the family were living at the time - 71 Sutherland Street - is in Pimlico, close to the Thames. His siblings were all recorded on the Census as born in Pimlico, and both parents had also been born locally.

Will’s family arrived in Wellington on about 11 September 1907 and found somewhere to live at 20 Drummond’s Lane, one of the small lanes running off Tinakori Road and therefore close to the residence of cousin David Lloyd. Electoral rolls show that Will and his older brother Charles Valentine continued living in Drummond’s Lane for several years and that both found work as French polishers while their father worked as a storeman.

One year after their arrival in New Zealand, Charles Valentine successfully applied to the Immigration Department for a subsidised passage for his brother Jim to join the family in Wellington. Approval was granted one day after the application was lodged and Jim arrived soon after. Meanwhile, Will’s mother Elizabeth had been reported in the Evening Post after allegedly ‘purloining’ a leg of mutton from a butcher’s shop. In light of corroborative evidence provided by both her husband Charles and her son Will, the Magistrate decided that there was ‘considerable doubt about the true facts of the case’ and the information was dismissed.[3] Elizabeth was involved in cases of a different kind later that year. In October she was convicted and discharged after admitting that despite being a ‘prohibited person’ (meaning someone who should not be supplied with liquor) she had entered licensed premises. Later again, she appeared before the Court charged with insobriety, with adjournment of a related charge of having procured beer whilst a prohibited person until the following January when she admitted the charge and was fined £1 with costs of seven shillings.[4]

By 1911, Will and his parents had left Thorndon for a house at number 3 Holloway Road, now the site of a pocket park. At that stage Will was still working as a French polisher and in his spare time was playing Association football in the First Division team for the Rovers. By the time of the 1914 electoral roll he had moved away from his parents’ home in Mitchelltown and was living at 248 Rintoul Street in Newtown/Berhampore. His younger brother Jim, a driver, was living nearby in Waripori Street with his wife Edith and four young daughters. By the time Jim was listed on the NZEF Reserve Roll in 1916 (2nd Division, with an ‘E’ classification) he had moved to Will’s residence in Rintoul Street. Will, having no dependants, was included in the 1st Division and by then he had stopped working as a French polisher. Instead, he too had begun work as a driver, employed by Bannatyne and Hunter, a firm of importers based in Courtenay Place.
Will was not a large man. When he enlisted, his height was recorded precisely as 5 feet 4¼ inches, and he weighed 119 pounds or just under 54 kilograms. These measurements were taken on 28 December 1916 and he entered camp very soon afterwards: his service was reckoned from 18 January 1917.

Two troopships left Wellington on 26 April carrying the 25th Reinforcements for the NZEF.  Will was on one of them, the Turakina, and he arrived at Plymouth in England on 20 July, just under ten years since his family had left England for a new life in New Zealand. By October the new recruits had completed their scheduled training and on 14 October they left for France.
Will was posted to ‘D’ Company in the 2nd Battalion, New Zealand Rifle Brigade, then in the Ypres Salient in Belgium. From the viewpoint of the troops already in the field who had just experienced the horrors of the battle for Passchendaele, the reinforcements arrived at a good time. The Official History of the Rifle Brigade says of the new arrivals: ‘They were urgently needed, but unfortunately, though they were all of good physique and well-equipped, more than half the number had had very little training.’[5]

The land where Will was deployed bore all the marks of a battlefield: ‘The whole surface of the country from the front line westward was literally disintegrated by shell-fire, and every hollow converted into a loathsome bog.’[6] Clearly there was work to do. Isolated posts in the front line were reconnected, fighting bays were restored and some attention was given to improving war-damaged drainage. Battalions in support or reserve roles were fully occupied in carrying material and digging support lines. The general pattern for the Brigade was to spend about a week in the line, a second week in support of those in the line, and then a week further back in reserve which would include further training, organised sports, and visits to the divisional baths at Ypres. Those in the front line faced machine-gun and artillery fire much of the time, grimly illustrated by the casualty figures for November 1917 when the Brigade lost 41 who were killed and more than 100 who were wounded. Similar numbers were reported for December - 42 and 125.

Daily work parties were primarily intended to support the work of the Engineers or the Divisional Salvage Officer:
Scattered over the whole Divisional area was an incredible quantity of valuable material of all kinds, such as rifles, machine-guns, harness, wagons and limbers; cartridges, bombs, shell-cases and live shells of all calibres; coils of barbed wire, stakes and tools; discarded clothing and web-equipment – the flotsam and jetsam of recent battles. Every officer and man moving towards the rear from any part of the area was expected to carry back to special dumps at least one article of equipment or clothing salvaged from the mud of the Salient. This, indeed, was a standing order, but so framed as to make obedience a point of honour.[7]

The Official History comments that the men of the Brigade were called on, ‘in the midst of snow, rain and mud, for almost superhuman efforts in order to make the lines habitable and fit to fight in…Carrying-work was rendered doubly laborious and dangerous from the fact that the duck-walks were usually ice-covered, and that these tracks were above ground and all exposed to shell-fire.’[8]

Will was killed on 15 February 1918, most likely as one of those working-party casualties, just as the time of the Brigade was coming to a close in the Ypres Salient. Initially he was buried at the Garter Point Cemetery, Zonnebeke, the only New Zealand soldier in that location, but like others who had been first placed in smaller cemeteries close to the battlefields, he was later moved to the Perth Cemetery (China Wall) near Ypres. The name of Perth recalls the home town of the 2nd Scottish Rifles who began using it from mid-1917, and the reference to China Wall comes from the communication trench dubbed the Great Wall of China. Among  the 1,424 casualties buried in this cemetery there are two other men from the NZ Rifle Brigade, killed in October and November 1917; 15 men from the NZ Entrenching Battalion killed in April and May 1918,  and one from the Canterbury Regiment killed in June 1918.

The day before Will sailed for England, he signed a short will bequeathing his estate to his brother Jim and if Jim predeceased him, to his father. While he was at the front, he wrote a letter to Jim which the Public Trustee treated as a memorandum of wishes to guide the administration of Will’s estate. The letter, written on 4 November 1917, read:
My dear Jim
I am writing these few lines to you as I am not very sure that I shall ever get back again, if I do well it will not matter. I never mentioned only to you what to do with my things to in case the worst happens to me you can use this letter to show Dad that it is in order that you keep for yourself my motor byke (sic) and boat and my other gear etc. My money is to be divided between you Charlie Lizzie Nell. Of course if you sell anything that money is yours…I don’t know whether I told you my will is at the Public Trust Office but like you I hope you don’t have to go there about it. Of course there is always the chance of only being wounded. You need not show this letter to Dad or Mum unless it is needed as it would only worry them…Remember me to all. Love to Edie hope she is quite well also all the little ones. I have not had a letter from home or you since you told me the fishers(?) might buy the launch, and it is now Nov 4th but I hope to get one soon. With best love and wishes. From Your Loving Brother Will. [9]

Jim published a memorial notice ‘in fond and loving memory of our dear brother Will’ on the second anniversary of his death and his parents did the same in 1920, 1921 and again in 1923.  Their parents both lived to the age of 86, dying 5 weeks apart in August and September 1944, and were buried together in the Public 2 section of Karori Cemetery.  The plaque on their headstone commemorates Will, but notes his date of death (incorrectly) as 14 March.

Researched and written by Max Kerr 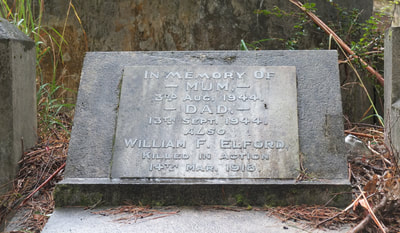 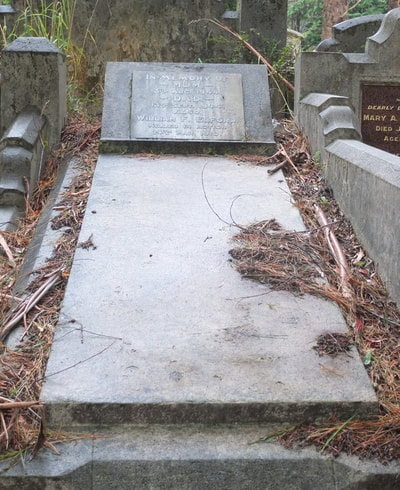