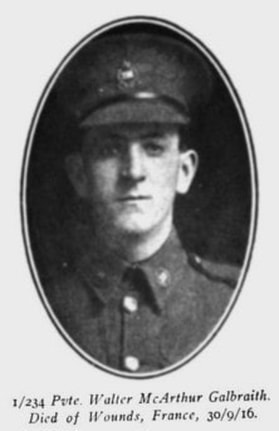 Walter was very typical of many of the young lads at the start of World War One in 1914, wishing for a “big adventure” by giving the Defence Force authorities false information about himself.

He was the youngest son of John Lindsay and Jeannie GALBRAITH (nee LYNCH) of Cobden, Greymouth. John came from Glasgow, Scotland, but details of where he and Jeannie were married are unknown. John was an engineer with the Union Steam Ship Co., and worked on many ships coming and going around the coasts of New Zealand and Australia, but he eventually made his home in Greymouth where he and Jeannie had their family. On the 1905 Electoral Roll for the Grey District Jeannie and John were living in Cobden with John’s occupation listed as a chief engineer. According to NZ Birth, Deaths and Marriages, their children were Gladys (1890), Lindsay (1891), Marjorie Maud Primrose (1893), Dorothy Jeannie (1895) and Walter (1898). Unfortunately, Jeannie died when Walter was only four years old, on 9 March 1902, aged 35. She was buried in Greymouth Cemetery.  In 1905 John married again to Eileen Lynch, Jeannie's sister, but sadly he died 2 years later on 9 March 1907 and is also buried in Greymouth Cemetery aged 50. Eileen later moved to Wellington taking the children with her.   She died in 1934 aged 70 and is buried at Waikumete Cemetery, Auckland.

Walter enlisted in the NZ Army on 9th August 1914 when he was still only 16 years old. However, he claimed to have been born in 1894, increasing his age by four years. At the time he was working as a clerk for Office Appliance Coy., 17 Cuba Street, Wellington. He was single, had passed the 4th Educational Standard, and had been part of the Scouts Cadets.

His medical history recorded him as 20 years and 5 months old, 5 foot 6 inches tall, weight 9 stone 1 lb, chest measurement 31 inches expanding to 34 ½ inches. He was not vaccinated. His last known address was 208 The Terrace, Wellington, his religious beliefs were that of a Protestant, and his next of kin listed was Mrs. E. Galbraith, of 208 The Terrace, Wellington.

Walter was immediately posted to the New Zealand Expeditionary Force to Samoa with the 5th Wellington Regiment, and given regimental number 1/234. Less than a week later, on the 12th August 1914, Private Walter Galbraith embarked on the “Monowai” for German Samoa as it was called in those days. He served for 42 days but unfortunately in his Personnel File there is a Certificate of Discharge signed on 26th September 1914, with the reasons given for this as misconduct, and his character was deemed as bad. He was returned to New Zealand in disgrace.

18 months later, Walter applied to do “his bit” for King and Country again, re-enlisting on 7th February 1916 at Trentham. Once again, he altered his age, giving his date of birth as 18th March 1894, so that he would seem to be well over the minimum enlistment age of 20, even though he was still only 18 years old. He was still single, working as a clerk for Briscoes & Co., Wellington, and had passed his 4th Educational Standard. When asked if he had ever served in any of the Armed Forces he admits to being with the Samoan Expeditionary Force, but told them that he was discharged as being unfit rather than due to his lack of good behaviour. He was 5 foot 5 inches tall, weighed 141 lbs, with a chest measurement of 30 inches expanding to 35 inches, had a medium complexion, blue eyes, brown hair and his religious beliefs were that of the Church of England. He had good eye sight, normal, hearing with well-formed limbs, good teeth, and his heart and lungs were normal. He was free from hernia, varicose veins and haemorrhoids, without any “slight defects”, and although he was to have a tooth pulled and was to be vaccinated he was passed fit for active service. His last known address in Wellington was 208 The Terrace, with his next of kin being his step-mother Mrs. E. Galbraith at the same address. In his Personnel File it says he made a Will that was deposited with the Public Trust. It is now lodged at the National Archives in Wellington and is dated 19th January 1917.

On his enlistment he was given the rank of Private and posted to B. Coy., 13th Reinforcements, later to be transferred to 2nd Battalion, Canterbury Regiment. After 3 months training at Featherston Walter embarked on the 31st May 1916 on the “Willochra” and sailed to Devonport, England, disembarking on 26th July 1916. From there he was marched into Sling Camp, a very desolate place on Salisbury Plain, Wiltshire, close to the town of Bulford, but home to thousands of New Zealand soldiers. While at Sling Camp he went absent from parade and was given 3 days Confined to Barracks as punishment.

After further training he was posted to the Wellington Coy., and left on the 5th September 1916 for Etaples, France, where he was attached to New Zealand Infantry and General Base Depot for the next 3 weeks before being sent into the field on the 26th September with the 2nd Battalion Canterbury Infantry Regiment. Walter’s military career was about to be abruptly ended when he was thrust into the midst of the Battle of the Somme. After only three days in the field he was wounded in action on the 29th September 1916 and sent to the Main Dressing Station before going onto the Casualty Clearing Station where he died of his wounds the following day, 30th September 1916. He was buried at Heilly Station Cemetery, Mericourt-L'abbe, Somme, France. He was still only 18 years, far too young for his “big adventure” in the military.

Heilly Station Cemetery, not surprisingly, is close to a railway line which was used to bring men from the Casualty Clearing Stations closer to the front line.

“The burials in this cemetery were carried out under extreme pressure and many of the graves are either too close together to be marked individually, or they contain multiple burials. Some headstones carry as many as three sets of casualty details, and in these cases, regimental badges have had to be omitted. Instead, these badges, 117 in all, have been carved on a cloister wall on the north side of the cemetery.”
( 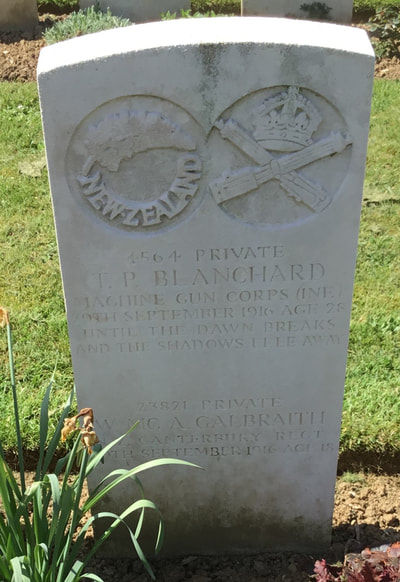 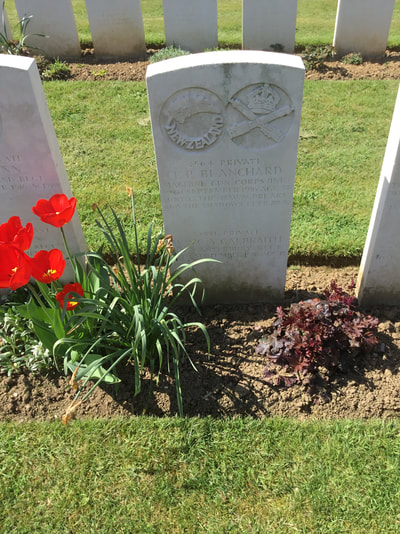 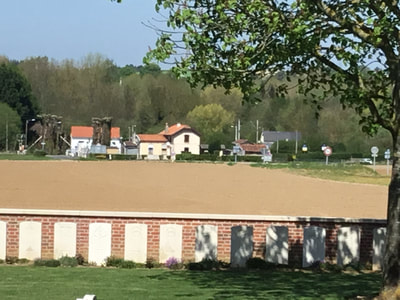 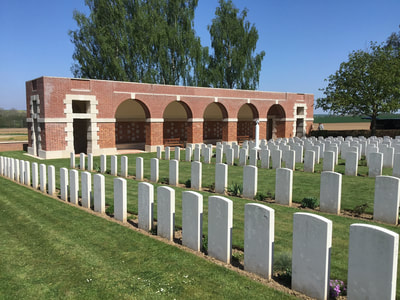 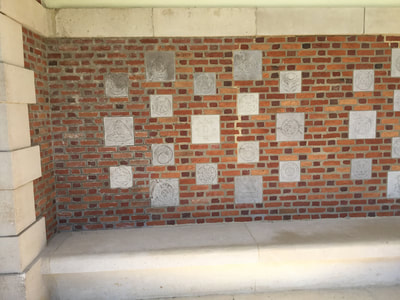 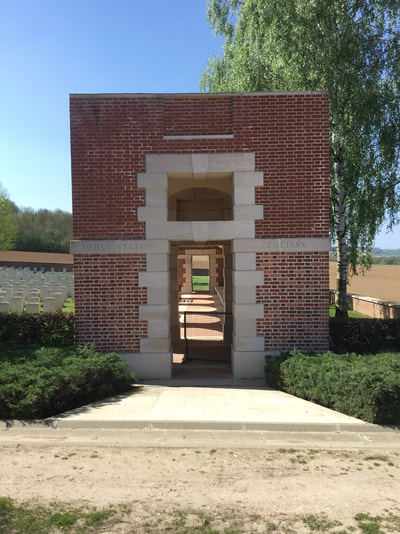