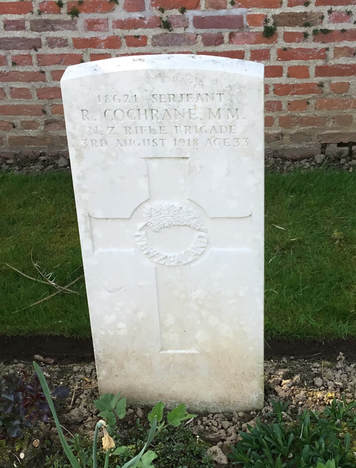 According to the 1881, 1891 and 1901 Census records the family lived in Traquair, Peeblesshire, and Andrew was a shepherd. Traquair is a small village and civil parish in the Scottish Borders in an area which was renowned for the rearing of Cheviot sheep, a dual-purpose breed, being raised for both its wool and meat.

In 1908 Robert’s older sister Margaret and brother Andrew decided to leave Scotland and they migrated to New Zealand. Perhaps once they were settled and had found work, they encouraged other siblings to join them, as in 1910 Robert and his two younger brothers Joseph and George also migrated to New Zealand. Robert and Andrew became shepherds working on sheep stations near Hastings, while Margaret, Joseph and George lived in Wellington.

Robert was working for Mr Sanderson at Glenross Station Hastings when he attested at Napier on 17 February 1916. He gave his birth date as 12 August 1886 with an apparent age of 29½, when in fact he was born in 1885 giving him an age of 30½. His medical examination showed he had a height of 5 feet 4¼ inches and he weighed 156 pounds. His complexion was fresh, he had blue eyes and mid fair hair. His religious profession was Presbyterian. His chest measurement was 34½ inches minimum and 37 inches maximum. Vaccination marks were present and he also had several moles on his arms. He was declared to be fit and in good bodily and mental health and free from any physical defects likely to interfere with the efficient performance of his duties.
Robert was given the regimental number 18621 in F Company 15th Rifle Brigade at Trentham on 30 March 1916. He was inoculated on 19 July 1916 while in training at Trentham.

On 26 July 1916 as part of HMNZT59 Robert embarked at Wellington on the ‘Waitemata’. He was again inoculated on 31 July and vaccinated on 14 August whilst aboard ship, and was ill with measles from 16 to 26 August. Robert disembarked at Devonport, England on 3 October 1916 and from there he marched into Sling on the Salisbury Plains.  He was only there until 20 October when he left for Etaples, France.

In France he joined the Battalion and was posted to ‘B’ Company. Here he was part of the reinforcement of troops that took part in the final weeks of the nightmare of the battle of the Somme which finished on 18 November 1916.  The Allies had suffered the loss of 120,000 during the nearly 5 months of fighting; the Germans suffering even more casualties (160,000) and whilst the Allies were reinforced by troops as America had joined the war, the Germans were depleted. They retreated 40kms to the Hindenburg Line, a German defensive position built during the winter of 1916–1917 on the Western Front.

In early 1917 British, Australian and New Zealand infantrymen were completing a series of tunnels in preparation for an assault on Messines Ridge. Jumping off trenches were dug and materials stockpiled and Infantrymen like Robert practiced behind the lines in readiness for the attack. Robert was promoted to Lance Corporal on 8 June 1917 and took part in the Battle of Messines which was a success although when the New Zealand Division was relieved on 9 June, they had suffered losses of 700 dead. Robert though was not amongst them.

Robert was detached to 2nd Field Company in July 1917 and rejoined the Battalion on 5 August 1917 and took part in the Battle of Ypres. The battle for Passchendaele was launched on 20 September with the infantry succeeding in holding back the assault from the Germans by using the same tactics as they had with those at Messines.
On 3rd October Robert was sent to No.3 Machine Gunnery Company and would have been part of the bombardment of Gravenstafel Spur which commenced 4th October and was successful. Another attack was launched 9th October failed due to the poor conditions and barbed wire making it impossible for the artillery to get into position. Rain, mud, and being shelled by both their own side and the Germans meant the troops had to return to their original positions. The blackest day of the war was considered to be 12th October when 843 New Zealand men died among the 2700 casualties. Once again, Robert was not amongst those killed.

Robert rejoined the Battalion on 13th October and soon after was made Temporary Corporal. On 18 October the Canadians relieved the Anzac Corps at Passchendaele, and after another three weeks the village of Passchendaele was finally occupied. During these weeks the New Zealanders were able to have some respite from fighting until they moved to the Polygon Wood sector in mid-November. Robert was promoted to Corporal on 16 November 1917 and would have been one of the troops remaining in this sector to hold the line for three months of atrocious winter conditions.

Robert was able to have a few days leave in U.K. at the end of November and when he returned to France on 22 December he was appointed Lance Sergeant. He was promoted again, to Sergeant, on 28th December 1917.
From 26th February to 26 March 1918 Robert was detached to the Musketry School before again rejoining his unit. On 27 March ANZAC troops were hurriedly marched south to help repel the German advance near Colincamps in the Ancre Valley, where Robert remained until 23 June when he was detached to the 3rd Army Rest Camp for 2 weeks.

The division was back in line facing Rossignol Wood and spent the next few weeks patrolling and attacking from the trenches that had been dug in 1916. It was during this time, on 31 July, Robert did an ‘Act of Gallantry in the Field’. On 2nd August Robert was shot in the chest. His wounds, not surprisingly, were severe and he was taken to the No.3 New Zealand Field Ambulance but died from his wounds on Saturday 3rd August 1918. He was just a few days short of his 33rd birthday. Robert was posthumously awarded the Military Medal on 15 August for “Acts of Gallantry in the Field” on 31 July, just three days prior to his death. There are no records of the nature of his deeds readily available online.

Robert’s Military Medal, the British War Medal, Victory Medal and scroll were all sent to his brother Andrew in 1921 at Kohatutake Station, Punakitere, North Auckland where he was working as a Shepherd.

Robert’s Will dated 28 April 1918 left all his estate to his brother ‘Andrew Cochrane, formerly of Mangawhare Station Hastings now No.30178 Private NZEF.’ He stated that if Andrew predecease him then his sister Mrs Mary Thorburn in Peebles, Scotland would receive one third; his sister Mrs Margaret Jenkins of 20 Todman Street Brooklyn one third; and brothers Joseph and George Cochrane both of Wellington the remaining third in equal proportions. He appointed his former boss Thomas Sanderson, owner of Glenross Station,  Hastings, as executor.

There is no evidence that Robert ever lived in Brooklyn and it is assumed his sister Margaret had his name inscribed on the Brooklyn war memorial which is very near to where she lived in Todman Street.

Researched and written by Ann Walker 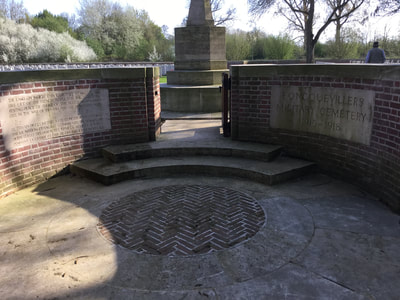 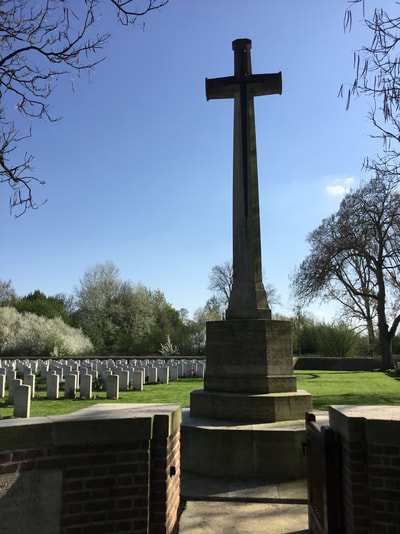