Joseph James Charlton HERZOG was born in London on 22 September 1895, the second son of Joseph Paul and Grace Elizabeth (nee LADBROOK) HERZOG who had married on 25 March 1891 at All Saints Church, Poplar. Joseph junior was baptised at St Leonard’s Church, Bromley, London on 24 November 1895. The couple’s eldest son was Charles Matthias who had been born on 13 December 1891 and baptised at All Saints Church, Poplar on 20 March 1892. Joseph and Grace’s third child, Katrina Elizabeth Sherwell (Rena) Herzog was born in London on 29 November 1897.

On 16th March 1898, the family emigrated to New Zealand on the ‘Gothic’ from London to Wellington. On the ship’s manifest Joseph was described as aged 40 rather than 42, and occupation Farmer, instead of Engineer, Mrs (Grace) was said to be 35 rather than her actual age of 24, with Chas (5), Jos (3) and infant ‘Miss’ (Rena).

In 1900 the family was living in Adelaide Road, Wellington and Joseph and his brother attended nearby Newtown School until 1907. By 1908 the family had moved to live at 69 Mitchell Street, Brooklyn and Joseph and Rena attended Brooklyn School. By the time of the 1911 and 1914 Electoral Rolls, the family was still there and Joseph senior was an Engineer. Joseph, who had been born in Salzburg, Austria became a naturalised New Zealand citizen on 4 March 1913. This meant that in 1917 he was on the Alien register.

For more detail and background on the Herzog family refer to the story of James's brother Charlie, also on this website.

Joseph (junior) left school in 1909 with a Competency Certificate. He went farming in the Wairarapa for a short time before becoming a blacksmith with O.R. Fairbrother in Carterton. At this time Charles was also living in Carterton, working as an ironmonger with W.F.C.A. (Wairarapa Farmers’ Co-operative Association Ltd., a stock and station firm).

In 1913 Joseph joined the 17th Ruahine Regiment and was still with them when he enlisted at Carterton on 27 April 1915. He gave his birth date as 1894 rather than the actual year of 1895 making his declared age 21, when in fact he was 20 years; he was 5 feet 7 inches tall and weighed 11 stones 2 pounds. He had a minimum chest measurement of 32 inches and a maximum of 36 inches. He had fair complexion, brown eyes and hair and his religious profession was Church of England.

He was given the regimental number 23/345 and as an infantryman with the NZ Rifle Brigade left Masterton by train to Trentham, Wellington on 28 April 1915 for training with B Company of the 1st Battalion Trentham Regiment.

His medical examination by Captain R.W. Gunn at Trentham showed him to be in good health with no slight defects, except for a few teeth caries, which were not sufficient to cause rejection. Joseph was inoculated against typhoid on 6th and 13th June 1915. He was medically re-examined on 15 September 1915 and declared to be fit for active service.

At Trentham while undergoing training he was promoted to Temporary Corporal on 27 May and then to Lance Corporal on 20 September 1915.

On 9 October 1915 Joseph left Wellington with the main body aboard the ‘Maunganui’ for Egypt, disembarking at Suez on 15 November. He was there until 19 December when he embarked on the ‘Ocean Princess’ for Marsa Mutrah, a village 250 kms west of Alexandria.  Charlie, Joseph’s brother, who was with the 3rd Battalion, NZ Rifle Brigade, arrived in Suez on 12 March 1916. The brothers would have been together at Moascar in the Suez Canal area undergoing training before they embarked for Marseilles, France, Joseph on SS ‘Arcadian’ on 6 April 1916 and Charlie on the ‘Alaunia’ on the 7th April.

On arrival in Marseilles, both Joseph and Charlie were taken by train to the border of France and Belgium to take part in the battle at Armentieres. On 10 May 1916 Joseph was promoted to Corporal in the field. Shortly afterwards on 25 May, his brother Charlie was killed by a rifle grenade at Armentieres.

Joseph no doubt found it particularly hard to lose his brother, but would have to carry on regardless. He and many other men from the 1st Battalion was sent to the Divisional Grenade School on 23 July 1916 for a week before rejoining the Battalion. On 14 August he was sent to the New Zealand Infantry base at Etaples but was only there for 2 weeks before being sent to England. His records show that he was then attached to the New Zealand Convalescent Camp at Hornchurch for 3 days until 31 August.

From Hornchurch, Joseph marched into camp at Sling with the Grenade Training Battalion, and qualified as an Instructor in Bombing on 22 January 1917. He was then placed with the 5th (Reserve) Battalion of the NZ Rifle Brigade and moved to Codford on 30 March. In April 1917 Joseph was promoted to Sergeant and posted to the 6th Hauraki Company and appointed as the Battalion Bombing Sergeant.

On 28 May 1917 Joseph was again sent to France with the 3rd Battalion, Auckland Regiment. Joseph and his men would have had extensive practice behind the lines before the assault on Messines on 7 June. This was a success and the 3rd Battalion was amongst the first to enter the ruined village of Messines, having received little in the way of retaliation from the Germans. The New Zealand Division was relieved on 9 June, having suffered the loss of 700 dead amongst the 3,700 casualties.

After the capture of Messines, the men were able to have a couple of weeks of rest behind the lines. They were then engaged in supplying working parties for the front line and patrolling in the Le Toquet sector. On 2 September, the 3rd Battalion then moved to Le Waast, near Bolougne and commenced training in wood fighting and counter attack tactics. They then took part in the battle of Passchaendale on October 12th.  This muddy, bloody battle was to end in defeat for the New Zealanders, with a devastating loss of life for the Kiwis. On the 22nd they moved back to Alquines for more training, re-equipping and reorganisation. On 11 November the 3rd Auckland went to hold the line at Polygon Wood and remained there for 3 winter months.

Joseph’s rise through the ranks continued. On 21 February 1918 he was sent to England for officer training, starting a course of instruction at No14 Officer Cadet Battalion at Hipswell Camp, Catterick in Yorkshire on 8 March 1918. On 20 July his progress report stated that his standard of education was very fair; military knowledge good; power of command and leadership good. It was remarked that he was a ‘quiet type – but strong and determined. Good boxer – should make a quite reliable officer.’ Joseph satisfactorily completed this course on 10 September 1918 and he was promoted to Second Lieutenant.

Joseph left for France on 25 September 1918 and joined the 1st Battalion, Auckland Regiment on 5 October 1918. The New Zealand Division advanced on the German lines and took the village of Esnes on the 8th October. A week later Joseph would have been involved in the Battle of Selle, advancing on the town of Le Quesnoy. During the later offensive of the Battle of the Sambre, he was wounded in action on 4 November 1918 and was admitted to No. 3 New Zealand Field Ambulance on the same day. Joseph was transferred to the 20th General Hospital at Dannes Camiers and was seriously ill in this hospital when the Armistice to end the War was signed on 11 November. He was transferred from the seriously ill to the dangerously ill list on 12 December and died of his wounds on 17 December 1918 aged 23 years.

Joseph was buried at Etaples Military Cemetery, in grave XLV. A.13. This cemetery is 27 kilometres from Boulogne, Pas de Calais, France. "Etaples Military Cemetery is the largest CWGC cemetery in France, containing 11,517 casualties, nearly all of whom died during WW1. It is located near Boulogne on the former site of a large military hospital complex used by the Allies during the First World War. " (Commowealth War Graves Commission). 261 men from New Zealand were buried in Etaples, Joseph being the last of them to be interred. He had been on active service for 1,330 days, or 3 years, 7 months and 20 days.

Joseph was entitled to the 1914-18 Star; the British War Medal and the Victory medal. These, together with his plaque and scroll were sent to his father at Ferry Road, Days Bay in 1921.

Joseph’s sister Rena married Lieut Albert Charles Ernest LOADSMAN at St Matthew’s Church, Brooklyn on 17 September 1918. Albert served with distinction in both the 1914-1918 and 1939-1945 Wars. Their son, named Paul Joseph Charles after Rena’s father and brothers, was born at the Herzog  parent’s home 69 Mitchell Street, Brooklyn in 1919. He served with the Royal Navy in the 1939-1945 War.

Joseph Paul Herzog died on 3 January 1926 aged 68. Grace lived to the age of 89 years and died on 12 June 1963. They are buried together in Karori Cemetery with their daughter, Rena, her husband Albert Loadsman who died in 1955 and infant granddaughter Moira Josephine (Joy) Loadsman who died 21 June 1921 aged 6 weeks. Both Joseph and his brother Charles are also named on the grave stone in Karori Cemetery, as well as on the Brooklyn War Memorial,

Evening Post 4 January 1919
Mr and Mrs Joseph Herzog and Daughter wish to thank all kind friends for their sympathy in their bereavement.

Researched and written by Anne Walker 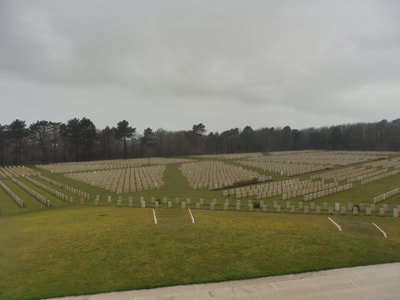 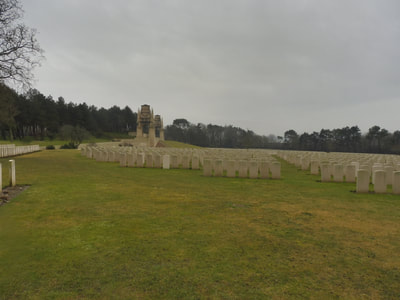 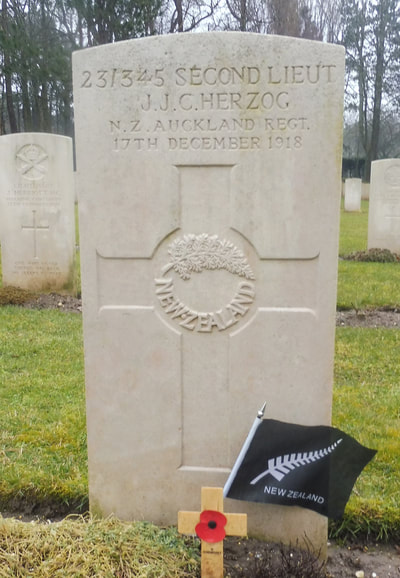 Photos of Etaples Cemetery and of Joseph's headstone kindly supplied by Annette of Camalou Tours, April 2018