Joseph Edward, or Edwin as shown on his birth registration, was the 3rd son of Edwin Patrick ARMSTRONG and his wife Catherine nee SOMERS who married in 1876 in Nelson. Edwin was born in New Zealand, and Catherine, was from Tralee, County Kerry, Ireland. She had immigrated to New Zealand in 1874, sailing on the “Ocean Mail” to Nelson, along with her brother John.

By 1890 the family had moved from Nelson to Wellington and was living in Martin Street which today is known as Martin Square. Edwin was supporting his family by working as a labourer.  By 1896 they had moved again, this time to Brooklyn, and by 1911 they were living at 7 Cleveland Street, Brooklyn, where they stayed for many years. The children attended Mount Cook Infants School, Clyde Quay School and Vogeltown School at various times.

By the time Joseph enlisted with the New Zealand Forces on 28 Oct 1916 at Wellington he was aged 29, single, and was a labourer working for the Newtown Bridge Works. He had passed his Fourth Educational Standard and was 5 feet 9 ½ inches tall. He weighed 163 lbs with a chest measurement of 34 inches expanding to 37 inches, with a dark complexion, dark grey eyes and dark brown hair.  He had good eye sight, normal hearing with well-formed limbs, normal heart and lungs, was free from hernia, varicose veins, haemorrhoids and without any skin complaints, did not suffer from any other “slight defects” and was not vaccinated.  But the doctor, Mr L. A. Lane, did note that he had had an operation for a double hernia and that he had pneumonia as a boy, and also that he had corns on the soles of each foot and on his toe on his right foot. Apart from that he was passed fit for duty.  His religious beliefs were that of the Roman Catholic Church and his mother was his next of kin. His last known address was 3 Clayton Ave, Wellington.  Clayton Avenue, of which there is no longer any evidence on the Wellington roads network, ran off Vivian Street, and was named after W. C. Clayton, a well-known builder and contractor who worked in the area in the 1880s and 1890s.

Joseph was first posted to F. Coy., 22 Reinforcements, and later transferred to 1st Battalion, Canterbury Infantry Regiment. After his initial training at Trentham and at Featherston, on the 12th February 1917 he embarked on HMTS No.77 “Mokoia” sailing for Plymouth, England.  He disembarked there on 2nd May 1917 and marched into Sling Camp. Sling Camp was a desolate place on the Salisbury Plain, Wiltshire near the town of Bulford, but it was home to thousands of New Zealand soldiers.  After further training Joseph left for Etaples, France on 6th June 1917 and was posted in the field to 1st Battalion, Canterbury Regiment.  On the 25th August 1917 Joseph took sick with influenza and was admitted to a Field Hospital.  Three days later on the 26th August 1917 he was sent to No.30 General Hospital in Calais.  Two weeks later, fully recovered, he was sent on to Etaples on the 9th September 1917 and attached on strength to the Depot.

On the 13th October 1917 -the day after the disastrous attack on Passchendaele during which NZ suffered the most loss of life in a single day in WW1 - he was amongst those hurriedly sent into the field to replace those killed and wounded - and rejoined his Battalion in the field. Two days later he was wounded (gunshot wound to the face) and admitted to a field hospital before being sent the next day to hospital in Bolougne.  A week later on the 21st October 1917 he was discharged, returned to Etaples and again was attached to the Depot. He was there for three weeks before rejoining his Battalion on the 10th November 1917 in the field. The Battalion was shortly afterwards put into training to attack the strategic position of Polderhoek Chateau.

“On November 25th the battalion moved to Walker's Camp at Dickebusch, where the brigade-major laid out a full scale model of Polderhoek Chateau and its defences. Buildings and pill-boxes were shown in their proper relative positions, and were numbered to correspond with the numbers on the maps which had been prepared for the attack. On the 30th two practice attacks were carried out, in conjunction with the 1st Otago Battalion, and with the co-operation of contact aeroplanes. The General Officer commanding the New Zealand Division watched the morning attack, and in the afternoon the General Officer commanding the II Anzac Corps was present.”
http://nzetc.victoria.ac.nz/tm/scholarly/tei-WH1-Cant-t1-body-d12.html

The attack ultimately failed and the Battalion from then on was in and out of the trenches, holding the lines, and behind the lines in the usual manner in the Polygon Wood area.

Conditions in Polygon Wood during the winter months were not at all good:
“……greater discomforts with which the troops had to contend at Ypres. The trenches were muddy and were as a rule without duck-walks, which meant that the feet of the garrison were almost always wet. There was very little weather-proof sleeping accommodation; and though hot food was sent up from cook-houses behind the line, it usually arrived fairly cold, on account of the long distance it had to be carried.
Snow fell before Christmas, but as it froze it did not add much to the discomforts; though the frozen ground increased the danger zone of shells to as great an extent as the mud had previously reduced it. Later on, when frosty nights were followed by sunny days, numerous casualties were caused in the mornings by the contents of gas-shells fired during the night, which had remained in liquid form till the heat of the sun caused them to evaporate.”
http://nzetc.victoria.ac.nz/tm/scholarly/tei-WH1-Cant-t1-body-d12.html

While there seem not to have been any set piece attacks during December there was shelling and gas and presumably sniper activity on both sides. On Christmas Eve, Joseph was one of the unlucky men, being “killed in action”. The details of his death are not known and his body was never found to be buried so he may have been the victim of shelling. His name is one of those inscribed on the Buttes New British Cemetery (NZ) Memorial, Polygon Wood:
“which stands in Buttes New British Cemetery, commemorates 378 officers and men of the New Zealand Division who died in the Polygon Wood sector between September 1917 and May 1918, and who have no known grave. The majority died in the trenches, or in working and carrying, and the conditions in the Salient during the winter of 1917-18 must explain the comparatively large number of names on this memorial, which deals with only one set attack on a German position.”
https://www.cwgc.org/find-a-cemetery/cemetery/166200/buttes-new-british-cemetery-(n.z.)-memorial,-polygon-wood/

For his services Joseph’s family were entitled to the British War Medal and the Victory Medal.  He was also entitled to the Plaque and Scroll.  These were all sent to his mother Mrs. E. P. Armstrong at various times in 1921 and 1922. She was by then living at 225 The Terrace, Wellington.

Although it doesn't mention who inserted the notice there was an entry on the 19 January 1918 in the Evening Post newspaper for the Roll of Honour:

There were no In Memoriam notices published in any of the newspapers on the anniversary of Joseph's death during the next few years.

Joseph's brother Leslie was given his Military Call-up papers in 1918 but he did not serve overseas and was later demobbed; Henry was also given his Military Call-up papers but it is not known if he served as he may have been in Australia at the time.  The eldest of all the brothers was Francis, who had served in the Boer War but didn’t serve in WW1.

Joseph's father Edwin Patrick Armstrong died on 16 September 1919 aged 67 years, and his mother Catherine Armstrong died 7 February 1932, aged 81 years. Both are buried in Karori Cemetery, Wellington and the plaque installed after his father’s death notes the death of their son, Joseph  Edwin, “killed in action in France 24 December 1917”.

Researched and written by Vivienne McIsaac 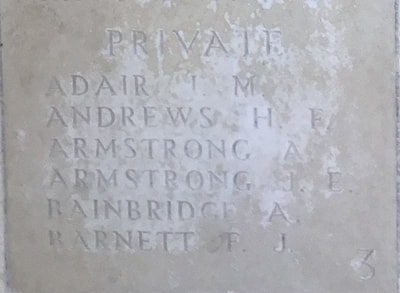 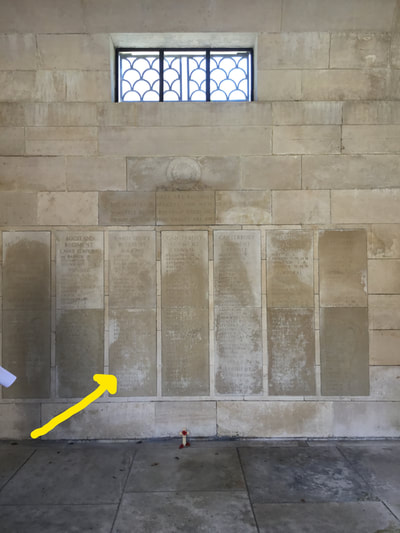 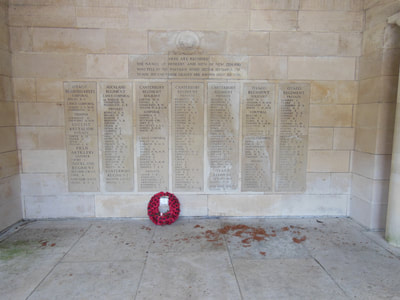 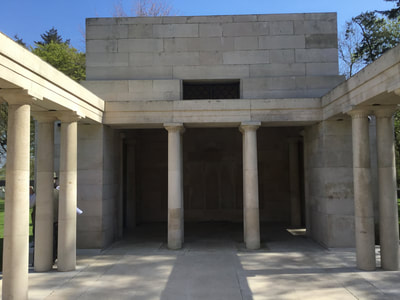 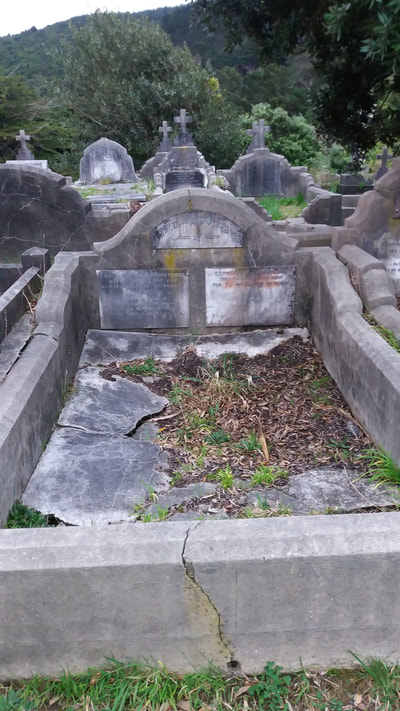