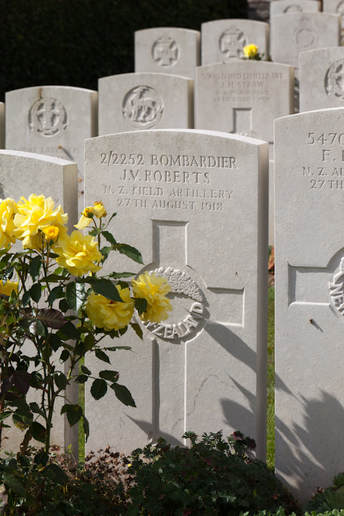 John Victor ROBERTS was born at the beginning of 1897, six months before Queen Victoria celebrated having been Queen of the United Kingdom of Great Britain and Ireland for 60 years. He was born in Douglas, capital and largest town of the Isle of Man, which is located in the middle of the northern Irish Sea, almost equidistant from England, Northern Ireland, Scotland (closest), and Wales (furthest).

John’s father, John Jenkins Roberts, was also born in the Isle of Man, in 1868. He married Emily Priscilla QUAYLE in Douglas on the 4th October 1894 and Douglas was also the birthplace of their two sons, Thomas Cyril born in August 1895 and John Victor, born on 21 January 1897.

In December 1897, the family sailed on the Tongariro from London to Wellington. They settled first in Newtown, initially in Riddiford Street and then in Russell Terrace, while John senior resumed his career as an insurance agent.

In 1901, however, Emily and the two boys were visiting Edith and Tom Ashworth in Todmorden, Yorkshire. Edith was apparently one of Emily’s half-sisters. Though a return visit to the UK after an absence of only just over three years would have been unlikely for many new emigrants it would seem in this case the ties that bind in this family were especially tight.

Young John and his brother attended Roseneath School once the family had moved to Lindum Terrace, Roseneath. Lindum Terrace is partly an extension of Maida Vale Road where it joins Carlton Gore Road, and partly a pedestrian access to Oriental Parade. The family were registered at 4 Lindum Terrace from 1911 onwards, eventually moving to 7 Lindum Terrace. John also attended Wellington College, where he was in the cadets. His father worked in senior management positions for the Provident Life Assurance Company, eventually becoming General Manager.

When John enlisted on 23 August 1915 he was still only 18 years old, and was a clerk with the Commercial Bank of Australia. Because he was under age he claimed he was born on 21 January 1895, thus increasing his age by two years to reach the minimum age for enlistment.

John became a gunner (Bombardier) in the NZ Field Artillery, and was assigned the regimental number 2/2252.  He left for the Front in October 1915 with the 7th Reinforcements. On the 18th November he disembarked at Suez and was transferred to 6th Howitzers at Zeitoun. After four months training he was sent to France on 8 April 1916, with the NZ Field Artillery, where he was transferred to the 9th Battery in the 2nd Brigade. On 14 July he was sent into action and served through the Somme campaign of 1916, all of which John survived, continuing his service into 1917.

In 1917 and 1918, the 2nd (Army) Brigade served as a movable artillery unit under British command. It fought at Messines (June 1917) and Nieuport (June–December 1917) before returning to the main action to oppose the German Spring Offensive (March–July 1918) and take part in the Advance to Victory (July–November 1918). John was in and out of action through all these campaigns, and would have been laying down barrages at both Messines and Passchendaele in 1917. For a week in November 1917 he was attached to the XV Corps Gas School for a week, and then had just over two weeks leave in England from 5 December 1917, rejoining his unit in France on 21st December.

John’s war experience continued throughout the next eight months. In early March 1918 while representing his Battery in an association football match John injured his right ankle, and had to be evacuated from the field and admitted to a rest camp in Etaples, and then No. 5 Rest Camp nearby. He was fit enough again to rejoin his Battery in the field on 6th June, and continue with his work, being promoted to temporary Corporal on 15th August 1918.

By this time the German Spring Offensive was well under way.

’[This] offensive, which began on 21 March 1918, created the biggest crisis of the war for the Allies. General Erich Ludendorff was the driving force in the preparation of this onslaught, despite his position subordinate to the nominal commander, Field Marshal Paul von Hindenburg. Essentially an opportunist, Ludendorff envisaged breaking through the Allied lines in the Somme area, after which he would determine the next move in light of the new situation created.’[1]

One of the consequences of the German push was that the Allies were galvanised to improve their coordination. French General Ferdinand Foch was given overall command; the American authorities also placed several of their divisions under temporary British and French command, and two French armies moved forward to help defend the Somme. The New Zealand Division, recovering in northern France after a difficult winter in the Ypres Salient, was among forces rushed south to the Somme when the Offensive began.

By the time John had rejoined his Unit in June the German Offensive was beginning to fail, and the action shifted to defensive action on the part of the German forces during the next two months.

’……the Allies looked to maintain the pressure with a series of fresh offensives. On 21 August, the British Third Army (including the New Zealand Division) attacked along a 15-km front north of Amiens, pushing back the German line and driving toward Bapaume. The New Zealand Division played a support role for the first few days of the battle, then moved into the vanguard of IV Corps’ advance. On 24 August it captured Grévillers, Loupart Wood and Biefvillers. Operating now in ground that had not been shelled, with villages, farms and forests largely intact, the New Zealanders revelled, and excelled, in the new conditions of open warfare.’ [2]

The official history of the NZ Field Artillery describes in detail conditions and circumstances in which John and his Battery were operating in late August 1918:
‘At last the prospect of open warfare, which the gunners had long contemplated, fair but elusive, had become a reality. The picture that presented itself to the eye as the guns went forward on the morning of August 24th, was remarkable andinspiriting. Infantry, guns, tanks, transport, and detachments of cavalry were all on the move, the roads and tracks leading forward being almost black with traffic. Overhead, in a brilliant sky, aeroplanes wheeled and circled, the insistent drone of their engines penetrating through the noise of battle. At one point where the roads converged, east of Achiet-le-Petit, the batteries streaming down the roads were obliged to defile through a narrow gap. The enemy was shelling the vicinity with a high velocity gun, but the great stream of traffic was capably controlled, and batteries passed safely through and on towards their positions. The Division, fighting in open country, no longer had at its disposal a complicated and secure system of communications, and artillery brigades and batteries were to a large extent obliged to improvise their own communications as they advanced. Visual signalling was used a great deal, especially by observing officers, in communicating with their batteries. The portable wireless set with which each brigade was equipped was sometimes used for communication between observers and groups or batteries, but the greatest use was made of ground wires and visual signalling……..

…….The continuance of the unfavourable weather conditions on the 26th did not contribute to freedom of movement, but batteries limbered up again and advanced a little nearer to Bapaume. Before dawn the enemy commenced to shell forward and rear areas with all calibre guns and howitzers, and between 4 and 5 a.m. he put down a heavy concentration on battery positions and the valley between Biefvillers and Favreuil. During the morning New Zealand infantry reached the road running from Bapaume to Beugnatre, but as the division on the left was unable to get through or round this latter village, the advance was temporarily held up. It was then decided to bombard Beugnatre, and so from 1.15 p.m. to 1.30 p.m. the village was intensely shelled, after which the place was taken, and a line established on its eastern outskirts. The 3rd Brigade batteries moved forward to positions east of Biefvillers, and at 6 p.m. all guns fired in a creeping barrage to enable the New Zealand infantry to go forward to the line of the railway running north of Fremicourt. This was successfully accomplished, except at one spot, which was very strongly held with machine guns.’[3]

During this action on 26 August John’s luck ran out. He had signed up exactly 1100 days previously (3 years and 3 days) and had been on the Western Front for most of this time. In the wrong place at the wrong time on 26 August he received multiple wounds to his face and legs, and was taken to 56th Casualty Clearing Station, where he died the next day. Also killed on the 27th were fellow artillerymen Gunner Bagnall and Lance Corporal Greene. The three men were buried close to each other in Bagneux British Cemetery, Gezaincourt, France, joining nine other men from the NZ Field Artillery who had been buried there between 4 May and 27 August 1918. Also buried in Bagneux were Privates Frank Westwood and Karl Pedersen.

There are 1,374 servicemen of the First World War buried or commemorated in the cemetery, which was designed by Sir Edwin Lutyens. Gezaincourt is a village situated 2 Kms to the south-west of the town of Doullens. Bagneux British Cemetery lies to the south of the village. There is a Commonwealth War Graves Commission signpost in Gezaincourt village opposite the "Chateau" entrance. The cemetery is accessed via a rough country track and lies on a slope with a view into the Ancre Valley. It is now a quiet, peaceful rural setting.

John had made an NZEF Will on 3rd June 1918, in which he bequeathed all his effects to his mother, whom he also appointed as Executor. A certified copy of this will is held in his military personnel file at Archives New Zealand. Even though John had been on active service for a long time, he was still only 21 years old when he died.

John’s death was notified in New Zealand in the Evening Post of 9 September 1918,

Bombardier John Roberts, died of wounds, was the youngest son of Mr. J. J. Roberts, general manager of the Provident Life Assurance Company. Deceased, who was about 21 years of age, left with the N.Z.A. 7th Reinforcements. He was an "old boy" of Wellington College.

His name had also been included in a “Roll of Honour Killed In Action” item in the same publication on the same day.

John’s older brother, Thomas Cyril, had also signed up for active service (in 1915) and served throughout the war as a cook. He survived and returned to take up work as a commercial traveller. Their parents, who continued to live at Lindum Terrace until at least 1935, died in 1946 (father) and 1954 (mother) and were both cremated at Karori Cemetery, as was Thomas when he died in 1957. Thomas’s ashes were interred in an ashes niche in the Service Section of Karori Cemetery. 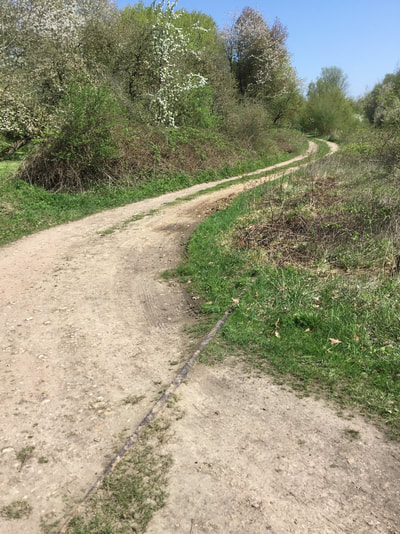 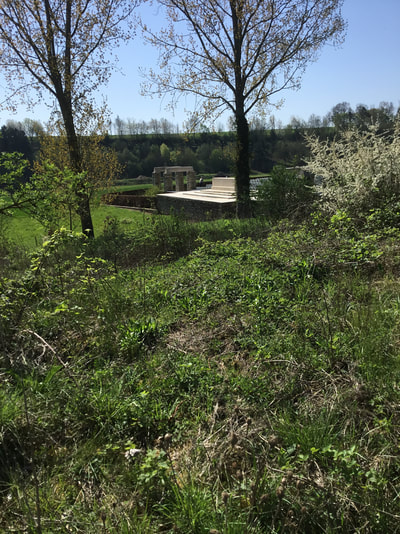 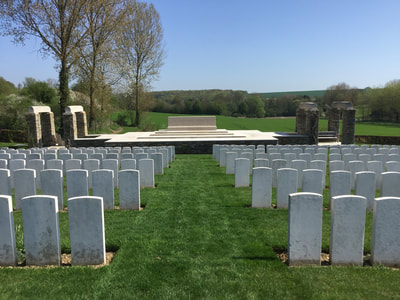