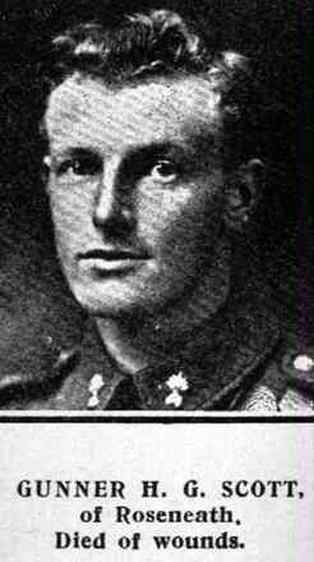 George Beattie SCOTT married Lily May HARGREAVES in 1893, and their first child, a son – Archibald Charles - was born the following year. On 8 October 1895, their second son was born. He was named Hubert George, but was known to his family and friends as Bert. Fifteen years later the two boys were joined by a sister, Helen Louise, born in 1910. The family lived in Grafton Road, Roseneath, and from there George travelled extensively throughout the Manawatu region for John Duthie and Co., Limited, one of Wellington’s largest and most successful “General Hardware Merchants, Wholesale and Retail Ironmongers……. Four travellers are constantly on the road, and their efforts are augmented by the frequent distribution of trade circulars through the post.”[1]

Bert, and presumably Archibald too, attended Roseneath School. Bert became keen on sailing and became prominent in yachting circles. He began work as a carpenter and by 1917 was working for Peter Ahradsen, Cabinetmaker and Upholsterer, of 17 Tory Street. He had also signed up with the territorial forces in Wellington’s “D” Battery, which was based at Miramar and was a volunteer artillery force.

Bert signed up for military service overseas on 24th February 1917, by which time he was 21 years old. He was posted as a Gunner to the NZ Field Artillery Rifle Brigade and assigned regimental number 50524. His medical examination recorded his height as 5 ft. 7 inches, and that he had fair hair, blue eyes and brown hair. He claimed to be Presbyterian, and provided his mother’s name and address as his Next of Kin. He was passes as physically fit for active service overseas, and after six months training in New Zealand he embarked from Wellington on 13th August on SS Mokoia with the 29th Reinforcements.

On 2nd October 1917 Bert arrived in Glasgow with his fellow recruits and from there they were transported to the artillery training camp at Ewshot , in the Aldershot command, the following day. Read about life and facilities at Ewshot here.

He turned 22 a few days later, but wasn’t to live to celebrate his 23rd birthday. By the end of December 1917 Bert had become ill and was admitted to 2 Eastern General Brighton Hospital for two nights. After another two months in camp at Ewshot he was finally despatched to Etaples on 1 March 1918 to take his turn on the Western Front. He then fought for six months through the final push for victory:

“At the beginning of 1918, events had seemed to be turning the war in the favour of Germany. The collapse of Russia’s resistance following the Bolshevik revolution in November 1917 allowed the Germans to transfer more than 50 divisions to the Western Front. On the back of this influx of troops, the German high command launched a massive offensive with the goal of ending the war before the full might of the United States (which had entered the war in April 1917) could be brought to bear…….The German spring offensives which began on 21 March 1918 created the biggest crisis of the war for the Allies……..The New Zealand Division, recovering after a difficult winter in the Ypres Salient, was among forces rushed south to the Somme on 24 March…….”[2]

By August the Germans were clearly on the defensive. In late September, the Allies launched a massive offensive against the Hindenburg Line, attacking simultaneously along more than half of the Western Front. On 27th September there was a push towards the city of Cambrai, but Bert never got there – he was shot that day, and admitted to 2/3 West Lancs. Field Ambulance, where he died from his wounds,  12 days before his 23rd birthday.

Bert was initially buried at Grevillers British Cemetery, 3 kilometers west of Bapaume. His burial was reported by Reverend J A G Thomson. After the Armistice he was exhumed and reburied at Louverval Chateau Cemetery 13 kilometers northeast of Bapaume.

Bert’s service entitled him to the British War Medal, the Victory Medal, and the Plaque and Scroll, all of which were sent to his father in 1921, by which time the family was resident at 30 Grafton Road, Roseneath.

Bert’s older brother Archibald seems not to have enlisted or served during WW1. Their father died in 1927 and was buried in Karori Cemetery, followed 12 years later by Lily. Bert is commemorated on the headstone. Their daughter Helen seems not to have married and her ashes were interred in the same plot as her parents, in 1991.

[2] http://www.nzhistory.net.nz/war/western-front-1918
Evening Post 23 October 1918
An inspection of the D Battery was made last evening by Colonel G. C. Campbell, V.D., OC. Coast Defences, who was accompanied by Major G. Hume. After witnessing the battery "in action" Colonel Campbell inspected the ranks, and complimented the battery on its smart turnout. After certificates had been presented to those men who had qualified for n.c.o.'s at recent examinations, opportunity wag taken to pay homage to four fallen soldiers, late of the Battery.  The "Last Post"was sounded by Sergeant Trumpeter Hooper. Those honoured were Gunners L. Dunne, H.G.Scott, J. Bennett, and D. McMillan. 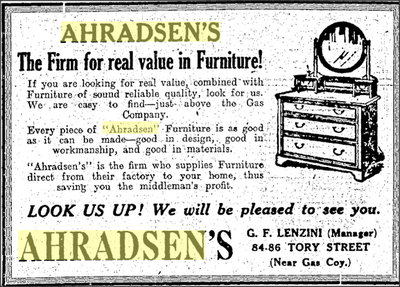 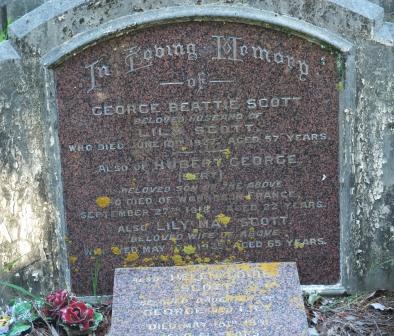