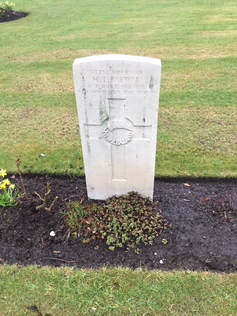 Herbert Tudor BREWER was born 1 March 1885 at Wood Green, Tottenham, London, the third son of John and Sarah Ann Brewer, nee PHIPPS.  When Herbert was 15 years old his mother died, on 19 November, 1900 in Paddington, London. This left her husband John with the care of seven children, though the older ones were already in work. When the UK National Census was conducted 4 months after Sarah died John was recorded as a widower, age 41, born in Staffordshire, and working as a carpenter and joiner. He was living at 60 Fernhead Road, Paddington with Robert, age 18, an electrical apprentice, Herbert, age 15, carpenter and joiner, Stanley, age 13, Elizabeth, age 11, Harry, age 10, Mary, age 8, and Una, age 6.

Two years later, on 25 July 1903, Herbert's father married again at Harrow, Middlesex. His bride was Annie Mary BURROUGH. They had a son, George, the following year. On 13 Nov 1908 Herbert, his father John, his step-mother Annie and step-brother George aged 4, emigrated to New Zealand on the Shaw, Savill and Albion Co. vessel “Tainui” to Nelson.  The rest of the family seem to have decided to remain in England.

It is entirely likely that their emigration was sponsored by John’s brother Robert, who had emigrated with his wife Annie and their five children in 1883, on the “Oxford” travelling to Wellington as assisted passengers. They were from Cannock, Staffordshire.  They may have had another six children after arriving in New Zealand and settling in the Blenheim area. Robert worked as a builder. The older girls eventually joined the workforce, Florence becoming a dressmaker and Lottie a teacher, for example.

The two brothers and their families obviously spent time together, as on 29 December 1910 Herbert married his cousin, Lottie Maria Brewer, in Blenheim. They set up home in Wellington, at 85 Todman Street, Brooklyn. Herbert continued to work as a carpenter, and Lottie as a teacher. They had no children.

When Herbert enlisted with the NZ. Army on the 14th December 1917, at Wellington, he was working as a carpenter for NZ Shop Fronts Ltd., Wellington.  His Attestation Papers show that he was married, aged 34 years, and was very short and slight, being only 5 feet 2 1/2 inches tall and weighing 124 lbs. He noted that he had previously been a member of the Imperial Naval Reserve.  His chest measurement was 34 inches to 361/2 inches, and he had a fresh complexion, grey eyes, and brown hair.  He had good eye sight, normal hearing, well-formed limbs, and normal heart and lungs.  He was free from hernia, varicose veins, haemorrhorids, had no contagious skin complaints and did not suffer from any other “slight” defects.  Although he was not vaccinated, he was passed medically fit to serve.  His religious beliefs were that of the Methodist Church and his next of kin was his wife, Lottie Brewer. His address was recorded as 85 Todman Street, Brooklyn, Wellington.   It is noted on his file that he had made a will which was in the possession of his wife.

Herbert became a Rifleman with the NZ Rifle Brigade and was posted to C. Coy, 42 Reinforcements.  After his initial training he embarked on 1 Aug 1918 on board the HMNZS “Tofua” arriving London, UK, on 4 Oct 1918.  He was marched into camp at Brocton, Staffordshire, which is where the Rifle Brigade was based in England. Soon afterwards the first signs of the epidemic that was soon to be named the Spanish influenza epidemic started to rage through the troops living in close quarters in camp. Herbert was one of those who became ill, and on 31st Oct 1918 he was admitted to the Military Hospital suffering from influenza and pneumonia. Four days later, on 4 November 1918, he died. He was 34 years old. Six other men from the Rifle Brigade also died on 4 November. Herbert was buried two days later in grave No. 16 in the Non-Conformist area at the Cannock Chase War Cemetery. In total, 49 Rifle Brigade men succumbed to the flu during November and early December 1918, and two men from the Auckland and Wellington Regiments. All 51 were buried in the Cannock Chase War Cemetery.

From 1916 German prisoners were held in a wired and guarded hutted enclosure on the edge of Brocton Camp. Prisoner numbers reached 6,000, including some U-Boat crews. 286 German prisoners who died at the Brocton Internment Camp and hospital were also buried in the Cannock Chase War Cemetery. Herbert’s headstone is one of those facing the serried ranks of German headstones.

It is somewhat ironic that Herbert lies not far from the birthplace of both his mother and father, and in their home county.

Herbert's death was noted in the Roll of Honour in the Evening Post on 8th November 1918, and in the Marlborough Express on 11th November 1918. No other memorials to him over the coming years were ever published.

Although Herbert had seen no action, he was still entitled to the Plaque and Scroll which were sent to Lottie – the Scroll on 18 July 1921, and the Plaque on 31 January 1922.  His name is remembered and engraved on the Brooklyn War Memorial, Wellington.

Lottie Brewer died 15 Nov 1970 aged 95, and was cremated at Karori Cemetery, Wellington. Her ashes were interred with her parents and one of her sisters in their plot in the lawn section of Picton cemetery.

There are several families with the surname Brewer in New Zealand, many of whom share the name “Tudor”. No research has been done for this story to attempt to establish any connection with them to Herbert Tudor Brewer and his wider family from England.

Researched and written by Vivienne McIsaac 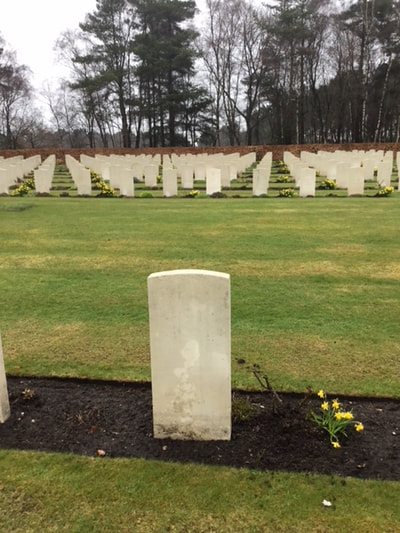 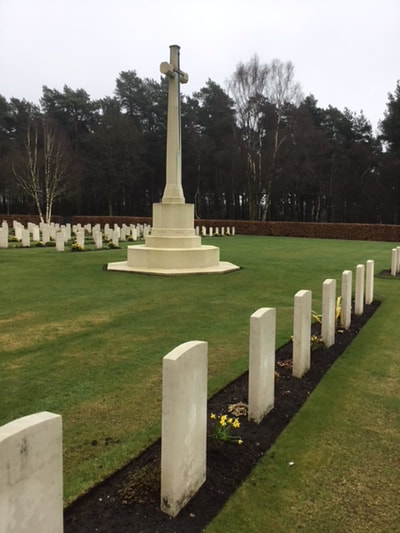 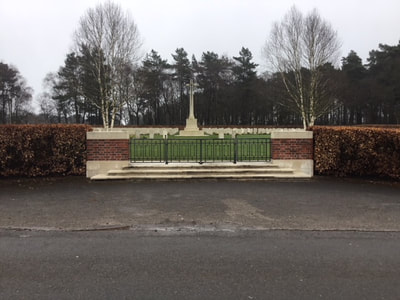