George Irvine Mouat DRYDEN (known as Irvine) was born on 12 June 1895 at Picton. He was the eldest son of Charles Henry and Agnes (nee MOUAT) DRYDEN who had married in 1890. Irvine had an older sister, Irene Maud Agnes, born 1 January 1892, and two younger brothers – Kenneth Roy (Roy), born 26 May 1897, and Charles Henry junior, born 25 May 1899. Irvine’s father was a builder and also a first-class cricketer. Charles had played for the Star Club, Wellington and New Zealand against Australia in 1886 and England in 1888. He was described as one of the best slow bowlers and a stubborn batsman.

The family were living in Cleveland Street, Brooklyn when Irvine started at Vogeltown School on 1 July 1901. He was only there until 20 June 1902 when the family moved briefly to Picton and he attended school there until the end of the year. By 2 February 1903 they had moved back to Brooklyn and were living at Washington Avenue. Irvine, sister Irene and brother Roy then attended Brooklyn School. Irvine left Brooklyn School with a Proficiency Certificate on 17 December 1909 and went to work as a warehouseman for Miller & Ahearn, a woollen merchant and cloth importer.

Irvine had been in the Territorials when he was medically examined at Trentham on 30 May 1916 at the age of 20. His medical history shows that he was 5 feet 2½ inches tall, weighed 114 pounds, with a minimum chest measurement of 32 inches and maximum of 35 inches. He had fair complexion, blue eyes and brown hair. His religious profession was Presbyterian. His medical examination showed he was in good health and he was declared fit for service.

Irvine attested on 27 June 1916 and was given the regimental number 27866 in F Company 18th of Otago Infantry Brigade and began training at Featherston. While there he ricked his back and had pain for some months afterwards. He was also admitted to hospital for 3 days on 11 August 1916 with influenza. Despite this, he embarked from Wellington on the ‘Willochra’ on 16 October 1916, disembarking at Plymouth on 29 December 1916. From Plymouth he marched to Sling for more training with the Otago Infantry Regiment 3rd Reserves.

On 27 February 1917 Irvine left for France, marching into Camp at Etaples on 2nd March. Irvine was to see action at Messines in June of that year. He was wounded in action on 16th, but it cannot have been serious as he remained on duty.

On 20 August 1917 Irvine was diagnosed with inflamed lymphatic glands and was first admitted to No.3 New Zealand Field Ambulance before being transferred to No.2 Australian Casualty Clearing Station. On 23 August 1917 he was admitted to No.5 General Hospital at Rouen where it was decided to send him to England. He embarked on the H.S. ‘Western Australia’ on 27 August 1917 and was admitted to No.1 New Zealand General Hospital at Brockenhurst on 3 September 1917. Here he had an abscess just above the outer half of the right inguinal ligament (in the groin) operated on. He went before the Medical Board on 23 October and was classified as unfit for service and placed on the New Zealand Roll to return to New Zealand.

On 21 November 1917 Irvine embarked from Avonmouth for New Zealand on the ‘Marama’. On arrival at Auckland on 12 December 1917 he was again medically examined and the findings were that he originally had spinal caries, caused by ricking his back while in camp in New Zealand and this had been exacerbated by the cold and damp weather and stress of service in France. This injury was diagnosed as tuberculosis of the spine. As it was deemed to be permanent, it was decided that Irvine should be discharged from the expeditionary forces and receive a pension for 6 months. It was also recommended that Irvine be treated at Wellington Hospital and he was moved there soon after for treatment.

On 7 March 1918 he was again medically examined and this time as his condition was stationary, he was granted 12 months pension. He was finally discharged from the army on 28 March 1918 as no longer fit for active service. He died at the Victoria Military Hospital, Wellington the following day. Irvine was buried in the second Public section at Karori Cemetery, Wellington.

Irvine left no Will and his father was granted Administration of his effects in May 1918. Irvine’s British War and Victory medals were sent to his mother at 76 Washington Avenue in July 1922 and his memorial plaque and scroll were sent to her at the same address in August 1922.

Although Irvine’s brother Roy was called up for military service in 1917, he had tuberculosis of the hip and did not serve. He died on 29 December 1919 and was buried two days later with his brother. Like Irvine, he was just 22 years old. Irvine’s mother died in Wellington in May 1925 aged 65 years, and was buried with her two sons. His father died at Kawa Kawa (Northland) in July 1943, aged 83. He and his only daughter Irene, who never married, were still living at 76 Washington Avenue in 1938, but by the time her father died she was living in Hamilton.  When she died in 1954 she too was interred in the plot where her mother and brothers had been buried in Karori Cemetery.  Irvine’s younger brother, Charles, was too young to serve in World War 1, but served during World War 2, and died in 1967 at Waikanae. He was cremated at Karori Cemetery, and his ashes were interred with his brothers, sister and mother.

At least two other men who had been employed at Miller and Ahearn enlisted in the army. William Edward EARP who had been an accountant with the firm, enlisted on 14 August 1914 and was killed in the Dardanelles on 2 May 1915. Allan Lockhart LAURENSON, a commercial traveller with the firm, enlisted on 11 January 1916 and survived the war, being demobilised on 27 May 1919. Walter Nash, later to become Sir Walter and Prime Minister of NZ from 1957-1960, was also employed by Miller and Ahearne as a commercial traveller from 1913-1916.

Researched and written by Ann Walker 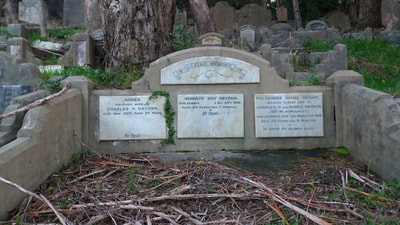 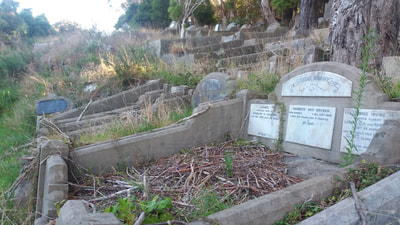