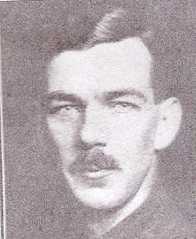 Benjamin MOLLISON was born in Oamaru, youngest son of Benjamin and Christina Mollison. Members of the wider Mollison family had emigrated from Kincardineshire, Scotland, during the 1850’s and in 1860, settling initially in Dunedin where they established a successful drapery store. They also took up farming and railway carting and were successful and upstanding early settlers of the Otago region.  Benjamin’s father, also called Benjamin, had migrated with his father James and stepmother Isabella in 1860 when he was 14, to join at least two uncles who had migrated some years previously.

The family lived at Meadowbank, Oamaru where Benjamin senior had a boot making company. Benjamin junior and his siblings attended Oamaru North School where their father was Chairman of the school committee for many years. At Benjamin senior’s death in March 1906 at the age of 59 years, the school closed for the day so everyone could pay their respects. 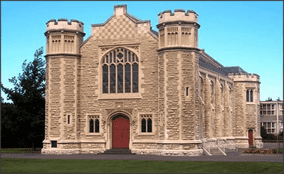 'Waitaki Boys' High School war memorials', URL: https://nzhistory.govt.nz/media/photo/waitaki-college-war-memorial, (Ministry for Culture and Heritage), updated 15-Jul-2013
Benjamin left Oamaru North School on 6 October 1898, and went to Waitaki Boys’ High School. Waitaki Boys’ was founded in 1883 and is one of the oldest schools in the country. The school is notable for its British colonial architecture, encompassing historic buildings such as the Hall of Memories built in the early 1920’s  in Oamaru stone in the perpendicular English gothic style . The Hall was built to honour former pupils who died in various wars.  Assemblies and ceremonial occasions in the Hall are enhanced by one of New Zealand’s finest pipe organs.

When Benjamin left school he became a draper, working alongside his older brother Andrew for J. Bulleid & Co., a well-known department store in Oamaru. Benjamin joined the Oamaru Rifles and played football for the Oamaru Club.  Andrew left Bulleids first, to join his uncle’s drapery firm in Dunedin and then to work in Wellington. Benjamin also moved from Oamaru to work in Timaru and Blenheim before finally settling in Wellington around 1911 where he worked as manager for the drapery firm of George & George in Cuba Street. At this time Benjamin was boarding at the Waverley Private Hotel in Marion Street, which was within walking distance of his place of employment. Older brother Andrew had married Louisa Mary MANTON in 1907 and they were living in Ohiro Road, Brooklyn with their three children. Their residence is the only link that has been found between Benjamin and Brooklyn, and it has to be assumed that his brother and sister-in-law proposed his name for inclusion on the memorial. Unfortunately Benjamin’s name on the memorial is incorrect, being inscribed as R. Mollinson.
Benjamin enlisted at Trentham in “A” Company of 3rd Battalion of the New Zealand Rifle Brigade on 7 September 1915 and was given the regimental number 25/30. He was 32 years 2 months old; 5 feet 11 inches tall, weighed 148 pounds and had a mole on his right cheek. He very quickly moved through the ranks, being promoted to Corporal on 11 September 1915, then to Sergeant on 10 November 1915 and to Sergeant-Major on 24 January 1916. It was as Sergeant-Major Mollison that he left New Zealand on 5 February 1916 for Egypt, arriving at Suez on 13 March 1916 where there was more training and organising to be done before embarking for France on 7 April 1916. On arrival in France he was detached from the 3rd Battalion and sent to the School of Instruction to receive instruction in trench warfare and gas attacks.

During the rest of 1916 Benjamin was in the field, and would have participated in various battles on the Somme in the Rifle Brigade, including the capture of Flers in September.  In July he was again promoted, to 2nd Lieutenant. In October 1916 he went north to Flanders and it was here that he was awarded the Military Cross in January 1917 “for conspicuous gallantry and devotion to duty. He led his party with great courage and skill, penetrating the enemy support lines, where they inflicted great loss and captured five prisoners”. After he was awarded the Military Cross, Benjamin’s mother, Christina who was living at Meadowbank, Oamaru, received a form letter from Sir James Allen, the Minister of Defence, dated 31 March 1917 in which he sent his hearty congratulations on Benjamin’s ‘having gained such a coveted distinction’.

Benjamin continued on active service on the Somme throughout 1917. However, he had several spells in hospital during the year, the first time in March for an unrecorded reason, and then a further two times after being wounded. On the first occasion, in April, his wounds weren’t terribly serious and he was back with his Unit after one week, but on 14 June he was wounded again, and this time he was admitted to No. 9 Australian Field Hospital and then spent at least a week at the Officers Rest House, leaving there on 28 June.
The Officers Rest House may have been the Chateau La Motte-au-Bois, which provided a refuge for recuperation away from the front line for officer ranks. The Chateau had streams for fishing and other recreational facilities. On 20 August Benjamin succumbed to enteritis and was again hospitalised, and after a week he was again despatched to the Officers Rest House.

Benjamin also spent a couple of weeks in May 1917 with the 3rd Canadian Tunnelling Company, one of the tunnelling companies of the Canadian Military Engineers. On 8 July he was detached to the Corps Stokes Mortar School. The stokes mortar was a 3-inch trench mortar, a smooth-bore, muzzle-loading weapon for high angles of fire, which had only been invented in 1915 and then refined progressively. The Stokes mortar could fire as many as 25 bombs per minute and had a maximum range of 800 yards firing the original cylindrical unstabilised projectile.

Benjamin’s war action continued throughout the Passchendaele offensive of October 1917, and he was fortunate to be amongst those who survived. The NZ Brigade then moved north and had a brief period of rest, reorganisation and training before relieving areas of the Ypres Salient on the east side of the town. This area had been completely devastated and was a waste land pocked by shell holes and military wreckage. Machine gun and artillery fire continued unabated. In December the Brigade was relieved and was able to regroup behind the lines and regain fitness and undertake further training. Although Benjamin was granted much needed leave which meant he spent Xmas in Paris, he was back on duty by the start of 1918. The winter months were nevertheless long and hard, with heavy snow falls making life more than usually difficult.

In early January 1918 the Rifle Brigade was again in the front line, and the conditions in the trenches were horrendous throughout January and into February, with occasional periods of respite from snowstorms and rain. There were also periods of relief when the Brigade moved back to various rest points, where there was opportunity for recreational and general training, battalion parades and inspections, and bathing at the Divisional Baths. By the end of February the Brigade ended its work on the Ypres Salient.

On 21 March 1918 Benjamin’s luck finally ran out, and he was killed, at the age of 34 and after two years of almost constant active service, often in the front line, and in some of the heaviest and most bitter fighting of the war. The details of his whereabouts when he was killed are not recorded on his file, but it is presumed he was on duty in the area to the south of Ypres, as he was buried in a cemetery in the area. Although 21st March 1918 was the day upon which the Germans launched a major offensive which initially pushed the British and French front line back towards the French coast, it is unlikely Benjamin would have been directly involved as he was presumably in the area where he was buried in The Huts Cemetery, 50 miles to the north of the main German attack.

http://www.nzwargraves.org.nz/casualties/benjamin-mollison
The Huts Cemetery is just outside the small town of Dikkebus (known at the time as Dikkebusseweg) in Belgium, to the immediate south of Ypres. “This cemetery takes its name from a line of huts strung along the road from Dickebusch (now Dikkebus) to Brandhoek, which were used by field ambulances during the 1917 Allied offensive on this front. Plots I to X and XII to XIV were filled between July and November 1917. Plots XV and XI followed. Nearly two-thirds of the burials are of gunners as many artillery positions existed nearby.”
There are 1,094 Commonwealth burials of the First World War in the cemetery, which was designed by Sir Edward Lutyens.
http://www.cwgc.org/find-a-cemetery/cemetery/15500/THE%20HUTS%20CEMETERY

Benjamin is one of only seven members of the NZ Rifle Brigade buried in this cemetery. 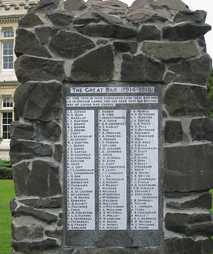 In April 1918 the Oamaru Mail, Marlborough Express and the North Otago Times all carried news of Benjamin’s death.

On 25 September, six months after Benjamin’s death, a ceremony was held  in the Drill Hall, Kensington, Dunedin, at which His Excellency the Governor-General Lord Liverpool presented medals for honours won in the field. Benjamin’s Military Cross was one of five presented that evening, and was received by his mother Christina. The event was a large one, and the Hall was crowded with troops, Territorials and Cadets, as well as many members of the public. Christina also received, in 1922, Benjamin’s British War and Victory Medals as well as his Plaque and Scroll.

Benjamin’s name is amongst those on a “Memorial Stone” in the grounds of Waitaki Boys High School. About 700 old boys served during the First World War, 119 of them dying. The memorial is to “The Great War (1914-1918) and the inscription underneath reads:
“By this path in their schooldays came these who now lie in foreign lands and far seas that our British way of living may endure”.

Christina died in 1933, having continued to live at Meadowbank with her oldest and youngest daughters who were both unmarried.

Researched and written by Anne Walker